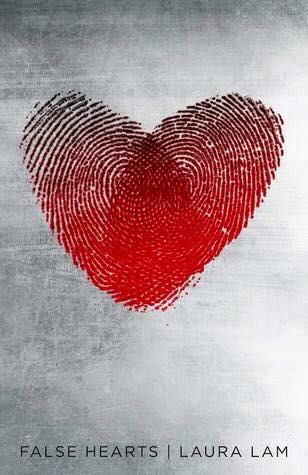 False Hearts is a thrilling, addictive and action-packed story featuring twins and the ultimate crime.

When one twin is accused of murder, the other will do anything to get her released from prison. She’ll even take on her sister’s identity to plunge into a threatening, underground world of gang politics and mind-altering drugs, in a slick version of San Francisco in the near-future.

She’ll encounter matters best left buried, as she loses herself in her new identity. And she’ll discover a world of dangerous secrets that could prove fatal.

I had seen False Hearts pop up on social media and was decidedly intrigued as it sounded like my kind of read in the murder mystery vein. I’m not a huge reader of books that are dystopian/futuristic so that was a rather large departure for me!

I was definitely not disappointed when I started reading though! False Hearts was a totally engrossing read and I was dying to know where it was going once I picked it up!

The story follows identical twins Tila and Taema in futuristic San Francisco. When one of the twins is arrested for murder, the other begins her quest to find the truth and try to save her sister from a fate worse than death.

I don’t want to go into the plot, because I don’t want to give away any of the subtle nuances that are hidden in there. False Hearts is layered with many different themes but it all works together to create a thoroughly engaging read.

Being set in the future, there are many references to technologies invented and huge changes to the world they inhabit in comparison to where we are now. In reading about these, it always makes me wonder What If?, and I like books that make me think!

False Hearts is an ambitious yet highly addictive book. It has all the elements of a murder mystery, in the future, on drugs and full of corruption! If you enjoy dystopian fiction, then I would highly recommend this book!