Today, I’m joined by one of my fellow #Blogsquad besties, Sarah Hardy. Sarah blogs at By The Letter Book Reviews and her blog is an excellent resource for reviews, blog tours and lots of other bookish fun! 🙂 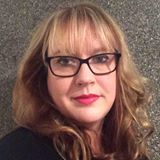 Without further ado, I’ll hand you over to Sarah…

Many thanks to Kate for coming up with this great idea and allowing me to take part in Saturday Series Spotlight.

I’ve always been a sucker for a series. There is nothing better than discovering a novel which has just newly been released and having that smug feeling that you have found another new series to get your teeth stuck into, though I do recommend following the author on social media platforms like Facebook and Twitter so that you can keep up to date with any new releases so you don’t fall behind.
I also love that wonderful warm feeling you get that even though late to the party, you read a novel in a series only to realise that it is the first of many and know that you don’t have to wait months until the next novel you can start the next one straight after if you so wish.
Some novels that I have recently read that really got me excited and are the first in a new series are:
A Tapping At my Door By David Jackson http://www.amazon.co.uk/Tapping-My-Door-gripping-thriller-ebook/dp/B01ADH0T14?ie=UTF8&keywords=a%20tapping%20at%20my%20door&qid=1460966679&ref_=sr_1_1&s=digital-text&sr=1-1
The Girl In the Ice By Robert Bryndza http://www.amazon.co.uk/The-Girl-Ice-gripping-Detective-ebook/dp/B019G6DSDE?ie=UTF8&keywords=the%20girl%20in%20the%20ice&qid=1460970342&ref_=sr_1_1&s=digital-text&sr=1-1
For Reasons Unknown By Michael Wood http://www.amazon.co.uk/For-Reasons-Unknown-compelling-guessing-ebook/dp/B010L6L3NK?ie=UTF8&keywords=for%20reasons%20unknown&qid=1460970372&ref_=sr_1_1&s=digital-text&sr=1-1
Other series that I have read and am up to date with and waiting patiently for the next one are:
The Estate Series by Mel Sherratt
DI Damen Brook series by Steven Dunne
The Justice Series by M A Comley
Detective Jennifer Knight series by Caroline Mitchell
Detective Kim Stone series by Angela Marsons
DI Helen Grace by M J Arlidge
Also the series that I am late to and working my way through:
The Detective Callum Doyle series by David Jackson
The Roy Grace series by Peter James
The Logan McRae series by Stuart MacBride
To be honest there are quite a few more authors and series that I could mention but I would probably be here all day so apologies to the other fabulous authors out there that I haven’t mentioned.
Finally I suppose I should say why I am a sucker for a series.
We’ve all been there when we have finished a novel and we enjoyed it so much that we wish that there could be more as the characters have captivated us so much, and with a series luckily we know we are going to get more. It gives us something to look forward to and in away it’s like catching up with an old friend. I suppose more than anything though It’s really down to the authors for creating such great characters as well as brilliant story lines that leave me always wanting more.
Thanks again to Kate for having me on her blog today and I am very much looking forward to reading other peoples posts to do with this topic, as no doubt will there will be many more series’ that others have read that I have yet not discovered and no doubt will be adding to my enormous to read pile!

Huge thanks to Sarah for taking part in my series feature. There are some exceptional novels mentioned above!!!

If you want to keep up with Sarah, her blog is on Facebook and she’s also on Twitter, and just for good measure here’s her blog link again: By The Letter Book Reviews.