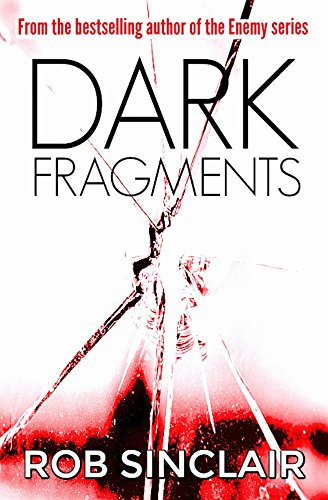 *My thanks to the author for my review copy*

Outwardly, Ben Stephens appears to be a normal, hard-working family man. In reality, his life has been in turmoil since the murder of his wife, Alice, seven years ago. The killer was never caught.

Now re-married – to the woman he was having an affair with while still married to Alice – Ben’s life is once again spiralling out of control, and he’s become heavily indebted to an unscrupulous criminal who is baying for Ben’s blood.

When Ben’s estranged twin sister, a police detective, unexpectedly returns to his life, asking too many questions for comfort, it becomes clear that without action, Ben’s life will soon reach a crisis point from which there will be no return.

In order to avoid falling further into the mire, Ben must examine the past if he is to survive the present – but just how much pressure can one man take before he breaks?

Get your copy HERE.

Rob began writing in 2009 following a promise to his wife, an avid reader, that he could pen a ‘can’t put down’ thriller.

Rob’s first novel, Dance with the Enemy, was published in June 2014 and is the first in the Enemy Series following embattled intelligence agent Carl Logan. Rise of the Enemy, the second book in the series, was released in April 2015, with the third book, Hunt for the Enemy, being released in February 2016. The Enemy series has received widespread critical acclaim with many reviewers and readers having likened Rob’s work to authors at the very top of the genre, including Lee Child and Vince Flynn.

Rob’s latest novel, the pulsating psychological thriller Dark Fragments, released by Bloodhound Books in November 2016, has been described as ‘clever’ and ‘chilling’ and an ‘expertly crafted’ story.

Rob worked for nearly 13 years for a global accounting firm after graduating from The University of Nottingham in 2002, specialising in forensic fraud investigations at both national and international levels. He now writes full time.

Originally from the North East of England, Rob has lived and worked in a number of fast paced cities, including New York, and is now settled in the West Midlands with his wife and young sons.

Having read and loved the first book in the Enemy series (I haven’t had a chance to get to the second and third books yet!!!) from Rob Sinclair I was really excited to hear he was switching up genres and moving into psych thrillers. Lately, this genre seems to be my most read so I was delighted to be given a chance to read it.

Dark Fragments focuses on Ben Stephens and the problems he is facing in his life. Falling apart at the seams, Stephens finds himself in big trouble with the wrong people, which we all know is never a good way to be. His first wife, Alice, was murdered some years previously, and his current marriage is showing strain. What follows is one mans struggle to write past wrongs and try to solve all his problems.

*In the interest of honesty, Dark Fragments didn’t work for me personally. BUT I am a firm believer that when you read a book seriously impacts how you read it. I’ve been having a bit of a reading slump lately, so nothing I read has been hitting the spot.*

Dark Fragments is quite a pacy read so I managed to read it rather quickly. It is interspersed with chapters with Ben speaking, reflecting on his life, so it gives the reader a sense that the narrator is a little unreliable. It flows well, and has an interesting premise. I found it quite graphic on the violence front at times (not an issue for me because I read so much of these books that I’m almost desensitized to it at this stage!) but it was a well rounded story.

I don’t know if I would describe Dark Fragments as a psychological thriller. There is a touch of it there, but this is more like a gritty crime thriller with a small element of the psychological. However, if you are a fan of these genres, I think you might enjoy Dark Fragments!

One thought on “Dark Fragments by Rob Sinclair”