Today is my stop on the Finnish Invasion Blog Tour with my review for Kati Hiekkapelto’s The Exiled! Many thanks as always to the wonderful Karen Sullivan at Orenda Books for my review copy. Here’s all the bookish info you’ll need!

Anna Fekete returns to the Balkan village of her birth for a relaxing summer holiday. But when her purse is stolen and the thief is found dead on the banks of the river, Anna is pulled into a murder case. Her investigation leads straight to her own family, to closely guarded secrets concealing a horrendous travesty of justice that threatens them all. As layer after layer of corruption, deceit and guilt are revealed, Anna is caught up in the refugee crisis spreading like wildfire across Europe. How long will it take before everything explodes?

BUY THE BOOK HERE: The Exiled by Kati Hiekkapelto

Kati is an international crime writer, punk singer and performance artist. Kolibri (The Hummingbird) was published in Finland by Otava in 2013 and Suojattomat (The Defenceless) in 2014. To date, they have been translated into seven languages. The Hummingbird was shortlisted for the Petrona Award in the UK in 2015 andThe Defenceless won the prize for the best Finnish Crime Novel of the Year 2014. The Defenceless was one of the top ten bestselling books in Finland last year, across all genres. 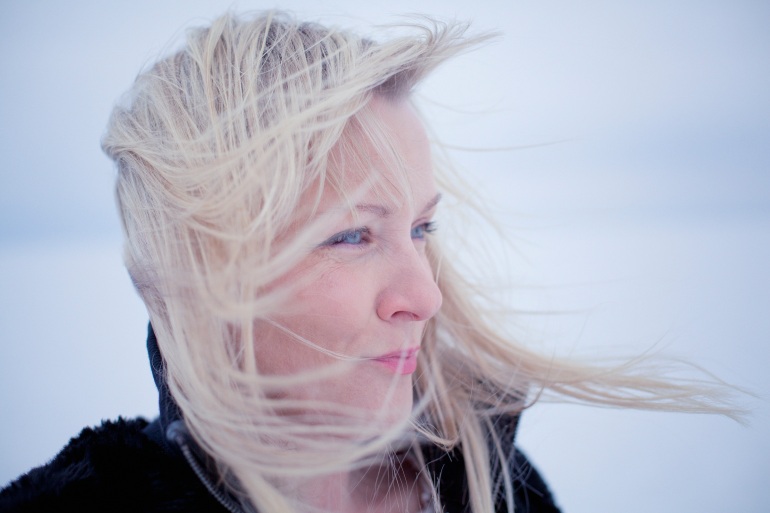 In case you don’t know already, I’m a big fan of crime fiction, and most especially if its Scandinavian in origin. Needless to say I jumped at the chance to be a part of the Finnish Invasion blog tours because let’s face it, its my thing!

The Exiled is the 3rd book in the Anna Fekete series. I had started reading The Defenceless before this one but for one reason or another I haven’t gotten back to reading it since. However, not reading the previous books didn’t hinder my reading of The Exiled as there is only minimal reference to characters as opposed to a continuous story.

In The Exiled, Kati Hiekkapelto deals with some very topical and current issues in our world. Refugees and minority groups are a constant presence in the news and they can make for very harrowing reading. I found that they were dealt very honestly and sensitively in The Exiled.

When we meet Anna Fekete, she has returned to Serbia for a holiday and to catch up with family and friends. What she wasn’t expecting was to be robbed and ultimately mixed up in a murder investigation. This murder investigation in turn leads to some tough avenues that Anna is compelled to go down.

Buried within the pages of The Exiled, there is also corruption, suspicion and a dark sense of unease bubbling under the surface. More than once I found myself willing the characters to pay a little more attention. This is the kind of thing that draws me in, when I start caring for the characters, I know I’m onto a winner.

I found The Exiled to be a enjoyable read. Though it is a little slower paced to my usual reads, that didn’t matter as Kati Hiekkapelto has a very nice writing style which flows well. The Exiled is a stylish, secretive and compulsive book. 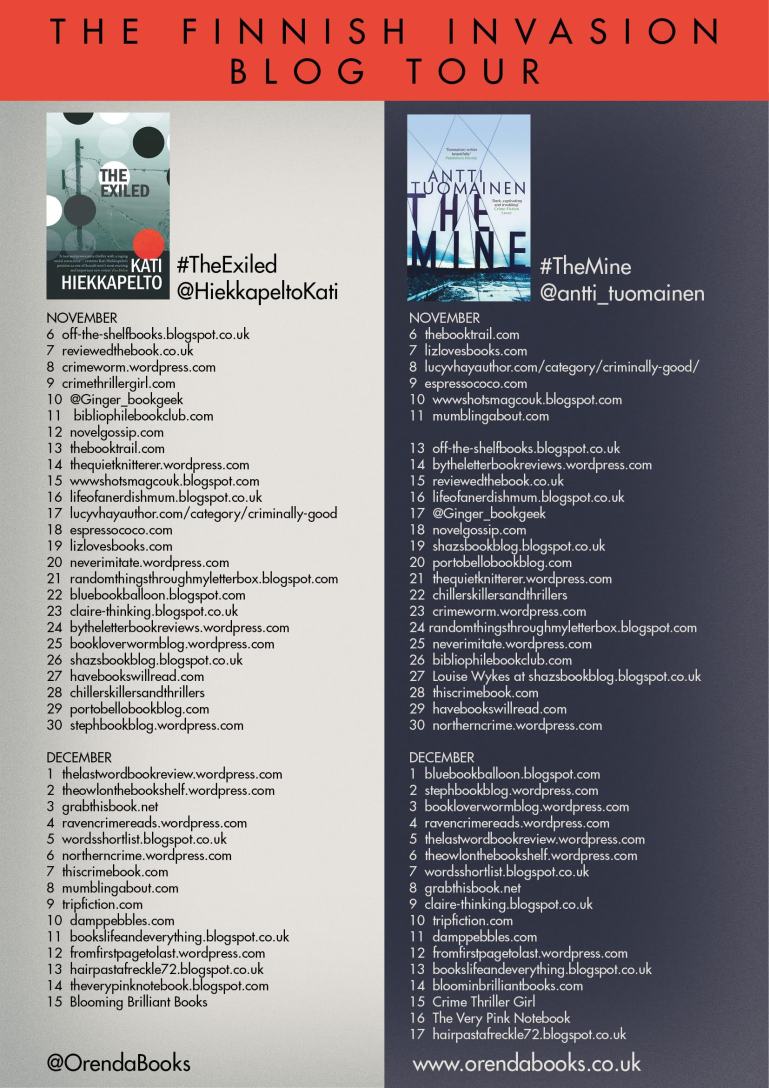 One thought on “*Blog Tour* The Exiled by Kati Hiekkapelto #FinnishInvasion”