So today is my stop on the blog tour for Lies by TM Logan, which incidentally, is out today. I’ve got a great guest post from the author about his favourite opening lines, but more on that in a bit. Here’s all the important bookish info first: 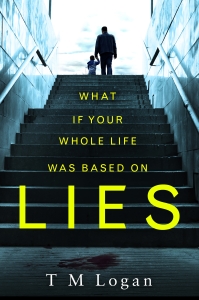 When Joe Lynch stumbles across his wife driving into a hotel car park while she’s supposed to be at work, he’s intrigued enough to follow her in.
And when he witnesses her in an angry altercation with family friend Ben, he knows he ought to intervene.

But just as the confrontation between the two men turns violent, and Ben is knocked unconscious, Joe’s young son has an asthma attack – and Joe must flee in order to help him.

When he returns, desperate to make sure Ben is OK, Joe is horrified to find that Ben has disappeared.

And that’s when Joe receives the first message…

TM Logan was born in Berkshire to an English father and a German mother. He studied at Queen Mary and Cardiff universities before becoming a national newspaper journalist. He currently works in communications and lives in Nottinghamshire with his wife and two children. LIES is his first novel – published on January 17th 2017 (ebook) and May 4th 2017 (paperback). Follow him on Twitter @TMLoganAuthor 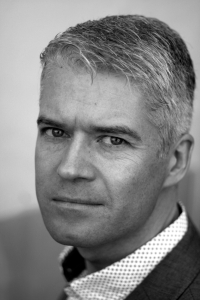 And now I’ll hand you over to the author…

‘An opening line should invite the reader to begin the story. It should say: listen. Come in here. You want to know about this.’

I didn’t say this (I wish I had) – it was Stephen King. As usual, he’s spot on. The first line is so important in hooking the reader, pulling them in and making a connection with them. The first line sets the stage, gives a hint to the reader about what’s in store – and why they should stick around to find out.

The first line of my debut novel LIES was inspired by my son, Tom. He was obsessed with cars from a very young age and would recite their names in traffic whenever he saw the badges – just like the son of my protagonist, Joe Lynch. In LIES, this seemingly innocent habit is the trigger for a terrifying chain of events that send Joe’s life spiralling out of control in a whirlwind of betrayal, obsession, lies and revenge.

Here are some opening lines that I love, from some of my favourite books.

– The Innocent, by Harlan Coben

Coben is the master. Just six words in his opener here, but he’s already given you situation, subject, death and regret. Not bad going. He’s written a lot of great thrillers – The Innocent is just one of many.

One of the all-time classic openings, combining the familiar and the unfamiliar, hinting at a world that has somehow tilted on its axis. This was one of my favourite books as a teenager.

– The Hobbit by JRR Tolkien

Another one of my childhood favourites. For me it came after CS Lewis’s seven Narnia books (I still have the box set) and before the Lord of the Rings trilogy. I’ve cheated a bit here because it’s two sentences, but Tolkien was a master at painting pictures with words.

OK, I’ve cheated again here. This is the opening paragraph rather than just the first sentence. But he manages to convey so much about Jack Reacher in a few dozen words that we feel we’re on the way to knowing him already. This is the first time readers met Reacher, but 20 books later, he’s still going strong (and still drinking coffee).

– Fear and Loathing in Las Vegas by Hunter S. Thompson

One of my favourite journalist-authors. Hunter S Thompson’s gonzo journalism style is way out there – part fact, part fiction, part drug-induced hallucination – and this opener gives you a taste of the craziness in store. You know right from the first line that it’s going to be a wild ride.

– City of Bones by Michael Connelly

I’m a massive Michael Connelly fan. To be honest I could have chosen almost any of his books, but the City of Bones opener is a fine example, taking us inside the mind of LA cop Harry Bosch.

– The Martian by Andy Weir

This is a great adventure story. But it’s also got healthy doses of humour and a sheer bloody-minded refusal to give up in the face of impossible odds that makes you root for the hero from the very first line.

These are just a few of my choices, but everyone has their own favourites opening lines. What are yours? Let me know @TMLoganAuthor

Huge thanks to Emily at Bonnier Zaffre and TM Logan for having me on the blog tour!

I also read and reviewed Lies last year, you can click Lies by T. M. Logan to read it!