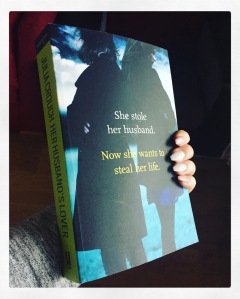 *Many thanks to the publisher for my review copy*

She stole her husband. Now she wants to take her life.

After the horrors of the past, Louisa Williams is desperate to make a clean start.
Her husband Sam is dead. Her children, too, are gone, victims of the car accident in which he died.
Sam said that she would never get away from him. That he would hound her to death if she tried to leave. Louisa never thought that he would want to harm their children though.
But then she never thought that he would betray her with a woman like Sophie.
And now Sophie is determined to take all that Louisa has left. She wants to destroy her reputation and to take what she thinks is owed her – the life she would have had if Sam had lived.
Her husband’s lover wants to take her life. The only question is will Louisa let her?

Her Husband’s Lover by Julia Crouch 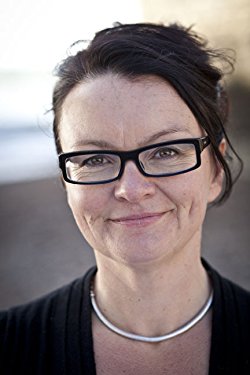 Julia Crouch grew up in Cambridge and studied Drama at Bristol University. She spent ten years working as a theatre director and playwright, then, after a spell of teaching, she somehow became a successful graphic and website designer, a career she followed for another decade while raising her three children. An MA in sequential illustration re-awoke her love of narrative and a couple of Open University creative writing courses brought it to the fore.

Cuckoo, her first novel, emerged as a very rough draft during NaNoWriMo (National Novel Writing Month) in 2008. A year’s editing got it ready for submission to an agent and within a couple of months she had a book deal with Headline and had given up the day job.

Unable to find a sub-genre of crime writing that neatly described her work, she came up with the term Domestic Noir, which is now widely accepted as the label for one of the most popular crime genres today. She has even written a foreword to a book of academic essays on the subject.

She works in a shed at the bottom of the Brighton house she shares with her husband, the actor and playwright Tim Crouch, their three children, two cats called Keith and Sandra, and about twelve guitars (you can find #Keith, who has his own hashtag, on twitter). She is a self-confessed geek and fights a daily battle to resist tinkering with the code on her website, which can be found at http://www.juliacrouch.co.uk.

In a bid to work through my TBR, I picked this up at the end of February as I had seen lots of brilliant early reviews for it. I haven’t actually read any of Julia Crouch’s books so this was all new to me. That being said, I do have Cuckoo on my personal TBR, but let’s face it, that’s a black hole of books at the moment so who knows when I’ll actually get to read anything from those shelves!

Her Husband’s Lover is an intriguing read. Very much character-driven more so than anything else. Julia Crouch has written some very complex characters in this book. It’s very hard to review this without giving anything away if I’m honest though!

The book follows Louisa, who is running away from her abusive husband. Fleeing with her two kids, they end up in a crash which kills her husband and children. Upon her recovery, Louisa finds out her husband had a mistress, who is pregnant with his child. What follows is a tense and twisty read, full of red herrings!

A psychological thriller, with elements of domestic noir, Her Husband’s Lover is quite a clever book. I think if you enjoy BA Paris and Lisa Hall’s books, you will love this one.

As I said, I can’t review it properly without possibly giving away anything. I did figure out some stuff early on but Julia Crouch has done a good job with this one! Definitely an interesting read for sure.

8 thoughts on “Her Husband’s Lover by Julia Crouch ”

#bookpost
#currentlyreading
Books read in April 2021 📚
Finally got myself a book cart 😍📚
#currentlyreading
New books for the TBR 📚
coffeeinonehandbookintheother.wordpress.com/
A Cat, A Book, and A Cup of Tea
Varietats