I’m on the blog tour for If We Were Villains by M. L. Rio today and I get to share my review with you all. First though, here’s the all-important bookish information that you need to know! 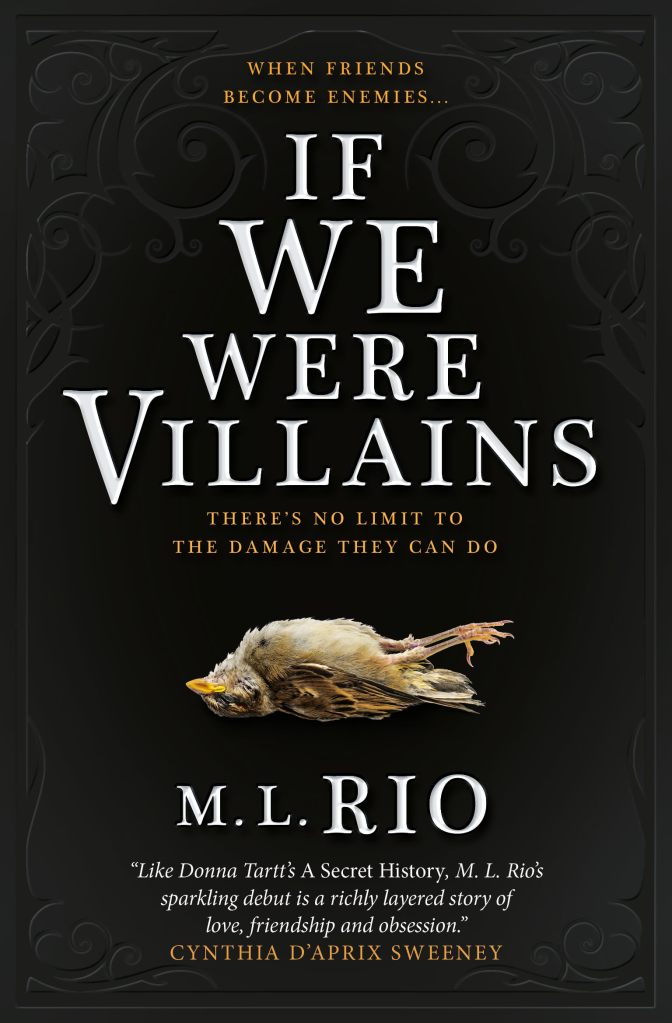 Oliver Marks has just served ten years for the murder of one of his closest friends – a murder he may or may not have committed. On the day he’s released, he’s greeted by the detective who put him in prison. Detective Colborne is retiring, but before he does, he wants to know what really happened ten years ago. As a young actor studying Shakespeare at an elite arts conservatory, Oliver noticed that his talented classmates seem to play the same roles onstage and off – villain, hero, tyrant, temptress – though Oliver felt doomed to always be a secondary character in someone else’s story. But when the teachers change up the casting, a good-natured rivalry turns ugly, and the plays spill dangerously over into life. When tragedy strikes, one of the seven friends is found dead. The rest face their greatest acting challenge yet: convincing the police, and themselves, that they are blameless.

If We Were Villains by M. L. Rio 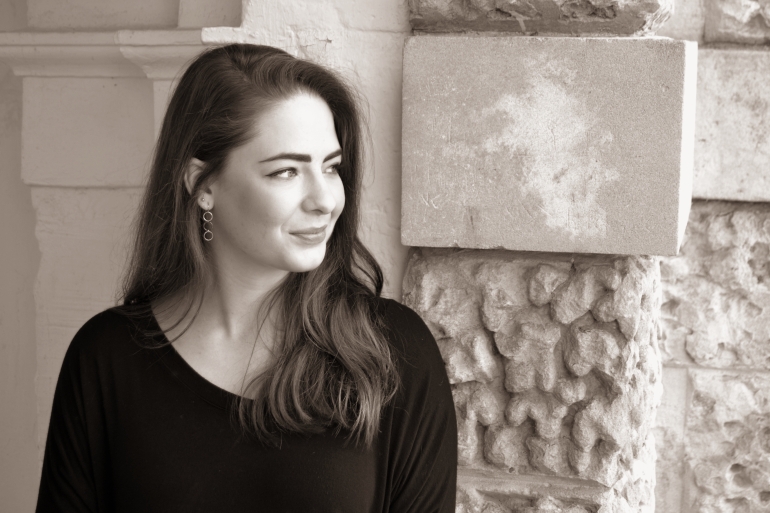 M. L. Rio was born in Miami and raised in North Carolina by parents from California, and has never been able to satisfactorily answer the question, “Where are you from?” She spent most of her childhood in Middle Earth or Neverland or Wonderland, attended Hogwarts for a number of years, and eventually graduated from the real-life University of North Carolina at Chapel Hill with degrees in English and dramatic art and a minor in creative writing. Storytelling has always been her specialty.

It has been a while since I read a literary thriller. If We Were Villains is essentially that kind of book. Thoroughly Shakespearean in its voice, with a clear association to the Bard from the outset, it is an extremely dramatic novel. Interspersed with quotes and soliloquies from his works, if you are a fan of Shakespeare, this book will enthrall you from the beginning.

We meet Oliver, fresh out of jail after a ten year sentence, he returns to his old stomping ground at Dellecher with the Detective who put him in prison. Both characters have demons in their past regarding events of ten years ago, and they need to lay them to rest. Told in Acts and Scenes, the reader is instantly transported along with them to what happened all those years ago.

Following the lives of a group of students as they work their way through theatre school, it becomes very dark very quickly when tragedy befalls one of their own. The students then close ranks, not knowing what happened, but protecting each other from any storms that come their way.

In terms of characterisation, it is (for me anyway) reminiscent of Hanya Yanagihara’s A Little Life. In that, I mean that we get to see the characters, really see them, faults and all. Their highs and lows, petty dramas, competition between themselves, selfishnes and methods of self-preservation are there in all their glory. The arcs of these young, strong-willed characters takes the reader on an emotional journey, and this is where the story format really excels. It feels like you are reading a contemporary Shakespearean drama, yet it still stays true enough to the originals. it is bloody, honest and gruelling at times, but utterly rewarding to read.

There are so many themes in If We Were Villains that it can be hard to keep up, but M. L. Rio has done a superb job in capturing the violence, jealousy, love, hate and everything in between.

If We Were Villians kept me enthralled and utterly captivated until the very end.

One thought on “~Blog Tour Review~ If We Were Villains by M. L. Rio”