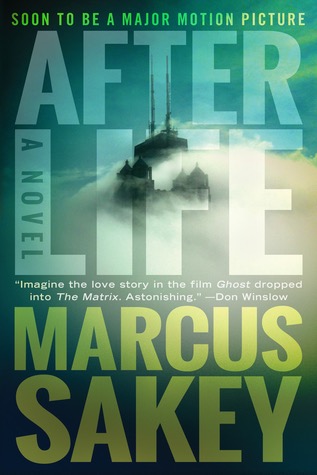 The last thing FBI agent Will Brody remembers is the explosion—a thousand shards of glass surfing a lethal shock wave.

He wakes without a scratch.

The building is in ruins. His team is gone. Outside, Chicago is dark. Cars lie abandoned. No planes cross the sky. He’s relieved to spot other people—until he sees they’re carrying machetes.

Welcome to the afterlife.

Claire McCoy stands over the body of Will Brody. As head of an FBI task force, she hasn’t had a decent night’s sleep in weeks. A terrorist has claimed eighteen lives and thrown the nation into panic.

Against this horror, something reckless and beautiful happened. She fell in love…with Will Brody.

But the line between life and death is narrower than any of us suspect—and all that matters to Will and Claire is getting back to each other.

Out today and published by Thomas & Mercer, click HERE to get your copy! 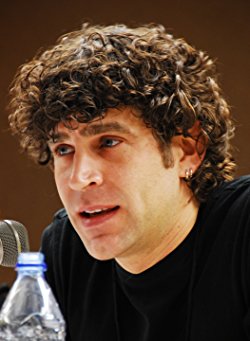 Marcus Sakey’s thrillers have been nominated for more than fifteen awards, named New York Time‘s Editor’s Picks, and selected among Esquire Magazine‘s Top 5 Books of The Year. His novel GOOD PEOPLE was made into a movie starring James Franco and Kate Hudson, and his other books are in various stages of development for film.

Born in Flint, Michigan, Marcus fell in love with story at a young age. At five, when other kids were hoping to be rock stars and astronauts, he dreamed of becoming a novelist. He attended the University of Michigan before beginning a decade-long career in television and advertising, which gave him “plenty of exposure to liars and thieves”—the perfect apprenticeship.

His debut thriller THE BLADE ITSELF was sold at auction and published to wide critical acclaim, allowing him to work full-time as a writer.

To research his novels, Marcus has rappelled with SWAT teams, pub-crawled with bank robbers, dissected a human brain, chased pirate treasure, and learned to pick a deadbolt. He is a certified SCUBA diver and sailing captain, a rock climber, an accomplished carpenter, a spice junkie, and “a hell of a cook.”

Marcus was the host and writer of the acclaimed television show Hidden City on Travel Channel, for which he was routinely pepper-sprayed and attacked by dogs.

He lives in Chicago with his wife and daughter.

Without realising it, I have been waiting for a book to come into my life and completely blow me away. Afterlife was this book for me. I had no preconceptions going into it, didn’t re-read the blurb, didn’t Google it, I just dove right in. And I was greatly rewarded once I started.

Afterlife is a stunning read. There is a reason Ron Howard is making this into a movie! It is utterly captivating. Spanning decades and moving between life and death, it is an epic tale of survival and the lengths to which one will go to exist. It is also a sweeping love story, by accident or design I don’t know, but it really got to me.

Will Brody is an FBI agent, and the last thing he remembers is an explosion. Everything is abandoned, the sky is empty and the city of Chicago is still. When he sees people, he is relieved until he realises they have weapons and he is in big trouble. Apparently that’s the afterlife for you!

Head of an FBI task force Claire McCoy is left standing over the ruined body of her former agent. Killed in the line of duty, Brody was trying to protect Chicago from a sniper who has taken the lives of eighteen people. What McCoy’s agents don’t know is that she and Will were in love.

Separated in death, all that matters to Will and Claire is each other. Spanning different worlds, Afterlife is a truly genre-bending novel packed with suspense, murder, life and death. I got lost in this book. The plight of the main characters consumed me while I was reading it. I didn’t want the book to end to be honest. I became so thoroughly invested in the fates of these characters that I couldn’t think of anything else, even when I wasn’t reading it. In fact, I am weeks out from reading it, and I still think about it on a daily basis.

Afterlife addresses the age old question of whether or not there is life after death. What I loved about this book was the battles that were fought before death and beyond. Even in death, the author has created a war. But it is a war unlike any other.

I’m afraid to say any more, but only because I want readers to discover the stellar writing for themselves. I can only speak for myself. For me, Afterlife is one of the best books I’ve had the opportunity to read in quite a while. An excellent, and so very different plot, with a cast of brilliantly-drawn characters made this book a complete winner for me.
Afterlife is an absolutely outstanding book! Once I started it, I couldn’t put it down. It is compelling and beautiful, yet so dark at the same time. It is a mix of crime/dystopian fiction and a love story unlike any other, spanning years and worlds, with a very different antagonist. I cannot recommend it highly enough. It caught me unawares and I will be thinking about it for a long time!

All the stars for this one.

3 thoughts on “Afterlife by Marcus Sakey”