Today I’m taking part in the blog tour for We Were The Salt of the Sea by Roxanne Bouchard, and I’ll be sharing an extract with you all. First though, here is all of the bookish information you will need!

Roxanne Bouchard reads a lot, but she laughs even more. Her first novel, Whisky et Paraboles, garnered an array of prestigious awards in Quebec and caught the attention of British researcher, Jasmina Bolfek-Radovani, of the University of Westminster, who saw for herself how Roxanne weaves poetry and geography together to delve into her characters’ intimate worlds. This desire for intimacy permeates all of Roxanne’s novels, as well as her play, J’t’aime encore, and her published essays, which have focused on the human aspects and impacts of the military. In 2013, the publication of her private correspondence with Corporal Patrick Kègle, entitled En terrain miné, started quite the conversation.

This thought-provoking discussion about the need for weapons was a stepping-stone for Roxanne to undertake unprecedented research at Quebec’s largest military base. Meeting and speaking with dozens of women and men who served in Afghanistan in 2009 inspired her to write a collection of hard-hitting short stories, Cinq balles dans la tête, slated for publication in autumn 2017.

We Were the Salt of the Sea is Roxanne Bouchard’s fifth novel, and the first to be translated into English. As much a love story and a nostalgic tale as it is a crime novel, it was shortlisted for a number of crime fiction and maritime literature awards in Quebec and France. It haunts people’s memories, ties seafarers’ hearts in knots and seeps its way into every nook and cranny, but most importantly, the sea in this book is a calling for us all to set our sails to the wind. Roxanne Bouchard is currently writing an essay on literary creativity and plotting Detective Sergeant Joaquin Moralès’s next investigation. 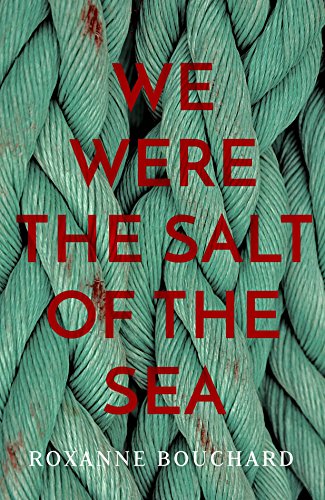 As Montrealer Catherine Day sets foot in a remote fishing village and starts asking around about her birth mother, the body of a woman dredges up in a fisherman’s nets. Not just any woman, though: Marie Garant, an elusive, nomadic sailor and unbridled beauty who once tied many a man’s heart in knots. Detective Sergeant Joaquin Morales, newly drafted to the area from the suburbs of Montreal, barely has time to unpack his suitcase before he’s thrown into the deep end of the investigation. On Quebec’s outlying Gaspé Peninsula, the truth can be slippery, especially down on the fishermen’s wharves. Interviews drift into idle chit-chat, evidence floats off with the tide and the truth lingers in murky waters. It’s enough to make DS Morales reach straight for a large whisky…

Published by Orenda Books, click HERE to order your copy! 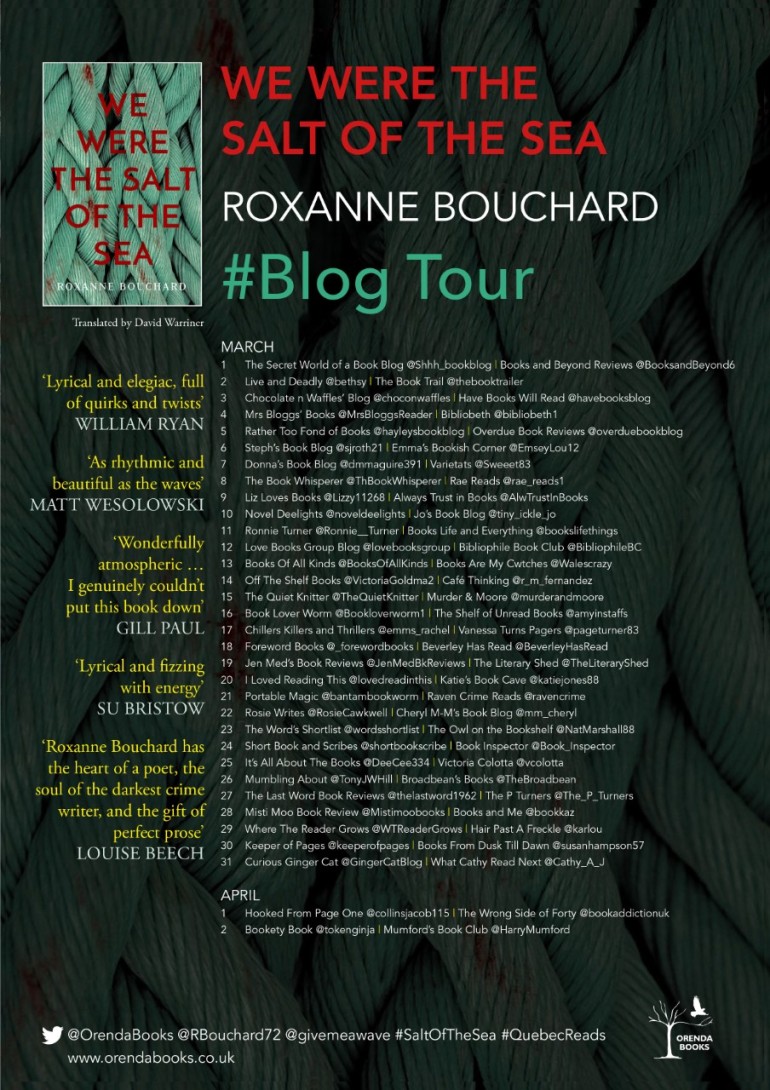 2 thoughts on “Blog Tour: We Were The Salt of the Sea by Roxanne Bouchard”

Finding it hard to enjoy books at the moment. I’ve DNF’d at least 3 this month already 🙈 I was chatting to my husband about it and he suggested picking up Tower of Dawn by Sarah J. Maas as it has absolutely NOTHING to do with what’s going on in the world, and I think this was the right choice. Plus, I only have this and Kingdom of Ash to read and I’ll have the series finished. How are you all finding reading with everything that’s going on?
Now, more than ever, we need to support local small businesses. The current situation means that the economy is precarious, especially for the self-employed. I’m a spring rep for @cauldron.candles.and.soaps and I swear, I’ve never had nicer scented candles than these skull babies 💀😍 Even before I became a rep, I had bought some stuff off Lucy. And I will continue to do so long after my term ends. We need to work together to help, and if you can support small indie businesses, then all the better 🖤 You can still get 10% off your order using my rep code BIBLIO10 🙌🏻 #smallbusiness #shoplocal #cauldronscandles #skulls #goth #gothichome #gothaesthetic
Customized #bookpost from @viper.books today 😍 Thanks so much for sending me #TheResident by #DavidJackson, I can’t wait to read it! 📚 #FearTheResident #ViperBooks
Hey guys! It’s a trying and scary time for us all, especially those who have small businesses. I’m a spring rep for the amazing @cauldron.candles.and.soaps and wanted to explain why! Tireless in her efforts to produce beautiful products, at an affordable price and with speedy delivery, Lucy is the epitome of professional. I can’t recommend her and her beautiful products enough. So please, give her a follow, a like, visit her shop (her link is on her Cauldrons bio) and treat yourself 🖤 You can get 10% off your order using BIBLIO10 at checkout 💀 #smallbusinesses #shoplocal #cauldronscandles #skulls #gothaesthetic #dragons
Go raibh míle maith agaibh @gambit589 and @orbitbooks_uk for this unexpected and awesome #bookpost 📚
Have we had a chat about how cool these @cauldron.candles.and.soaps skull candles are lately?! 💀😍 Because they are B-E-A-utiful, and smell amazing too! 🙌🏻 You can get 10% off using BIBLIO10 at checkout 😉 #cauldroncandles #skullcandle #miniskullcandle #blackandwhite #monochrome #smallbusiness #goth #gothaesthetic