Today I’m taking part in the blog blitz for The M Word by Eileen Wharton and I’ll be sharing an extract with you all further down! 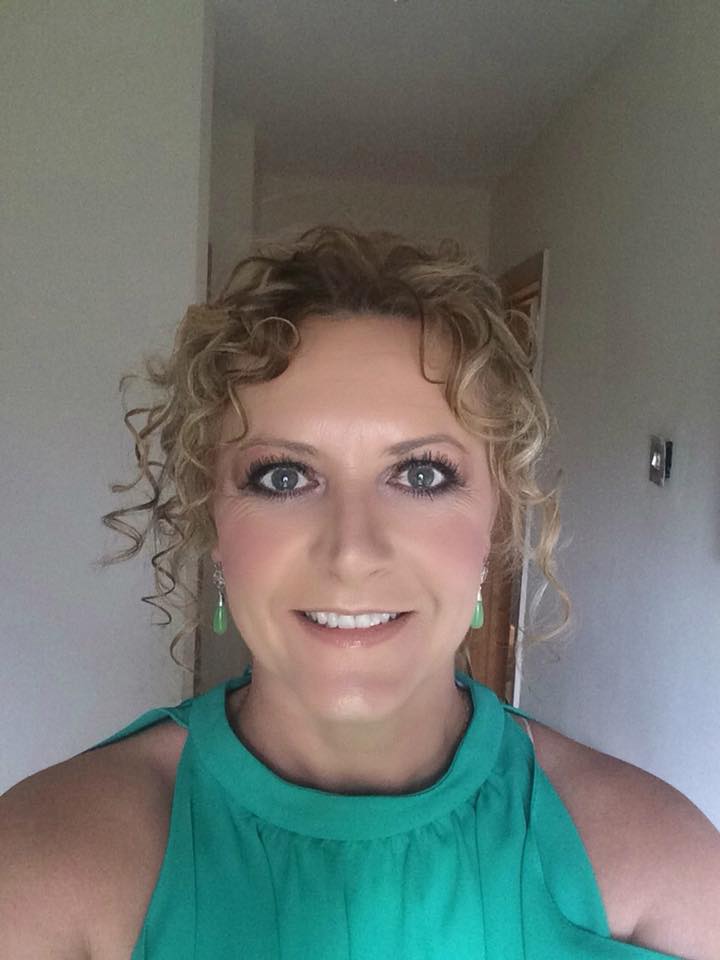 Eileen Wharton is not the naughty great-grandaughter of Edith Wharton. She is currently employed by MI5 but has had various jobs including: wigmaker to Donald Trump, Megan Fox’s stunt double and Ann Summers ‘toy’ tester. She also tells lies for a living.

She currently has five ‘lively’ offspring ranging from thirty to ten years of age and has no plans to procreate further much to the relief of the local schools and police force.

Her first novel, ‘Shit Happens’ was published in 2011 to worldwide critical acclaim. She’s also won awards for exaggeration. It did top the Amazon humour chart so she’s officially a best-selling author.

Her first children’s picture book, ‘The Shmoogly Boo’ was published in the same year and another is in the pipeline entitled, ‘My Dad’s Better than Your Dad.’

Her first crime novel, ‘Blanket of Blood’ was launched as a paperback on Friday 28th November 2016. She is now working on the sequel ‘Blood’s Thicker.’

She teaches English to teenagers and lives on a council estate in Bishop Auckland. She has never eaten kangaroo testicles, is allergic to cats and has a phobia of tinned tuna. 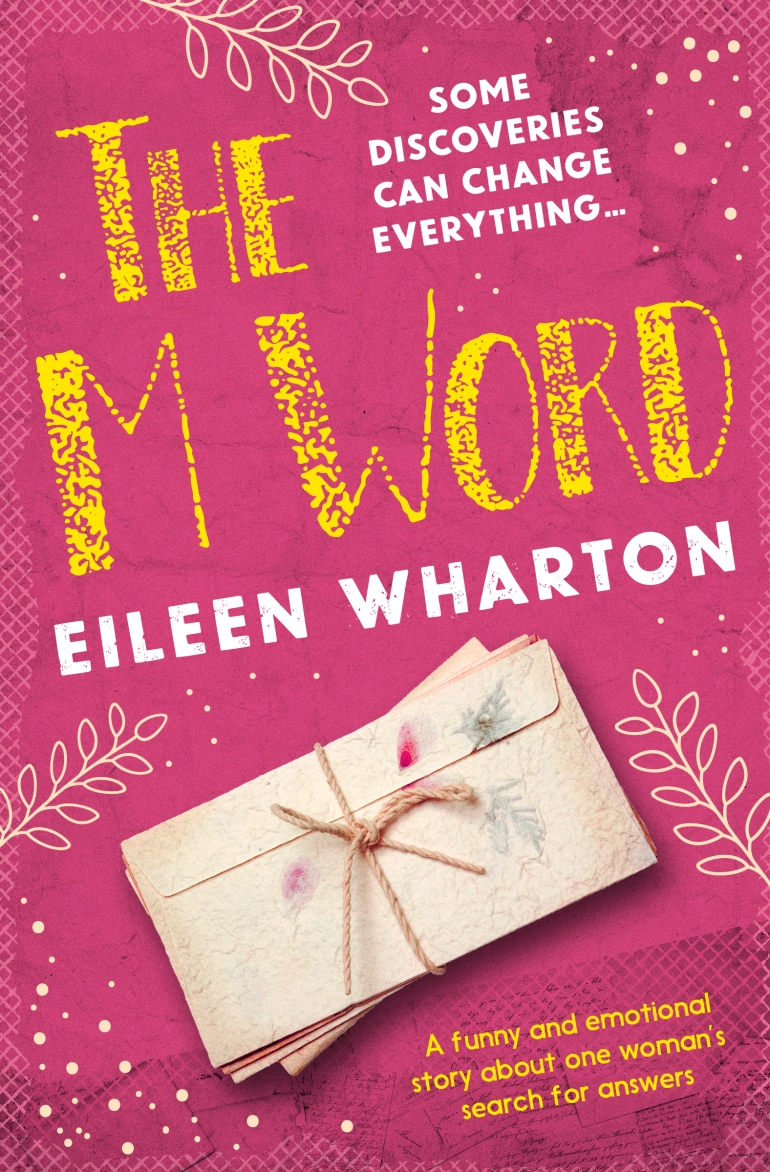 Roberta Gallbreath is middle aged and menopausal. She dislikes her children, detests her ex-husband and despises her colleagues.

When her mother dies, Roberta is left with a pile of letters and a mystery surrounding her son. The letters reveal Roberta’s heritage is not what it seems and she is soon on a mission to become a better person.

Told with humour and emotion, The M Word is the tale of one woman’s journey to find out where she came from. As she looks to the past for answers, more questions are raised. Will Roberta discover who she really is?

The M Word by Eileen Wharton

‘Mother is dying,’ a voice on the house phone says.

‘Let me see. It’s three years since I spoke to you last, Felicity, so I wasn’t expecting to pick up the phone and hear your voice.’

‘Are you coming or not?’ my sister snaps.

‘Home, of course. She’s dying, Roberta. Even you must care about that.’ What’s with the even you shit? Why do people say that? My sister is good at emotional blackmail. ‘She’s asking for you. God knows why.’

‘Days rather than weeks. Doctor said to gather the family. Can you tell Carolyn and Shoni?’

‘I didn’t ring to argue with you. Just get here, will you.’

My sister’s a bitch. Don’t get me wrong, I’m not all sweetness and light myself, but Felicity is a witch and a martyr, and there’s nothing more unattractive than the smell of burning martyr. She stayed with Mother when she could have left to live in Bermuda with a police officer from Pocklington she had met on eHarmony. She’s bitter and twisted, and let’s face it, who wouldn’t be, living with Mother all those years?

Mother’s on form. Even on her deathbed, she can make me feel like crap. She sits up in bed, her grey curls flattened by the pillows she’s now propped on, winceyette bed jacket draped around her spiky shoulders, “ALICE GALLBREATH: NIL BY MOUTH” at her head.

‘Don’t know why you bothered coming all the way up here,’ she says.

‘It’s only twenty minutes up the road.’

‘That’ll be a first. Stand up straight and put your legs together. You couldn’t stop a pig in a passage.’

‘Stop with the compliments, will you?’ I say.

‘What you doing here?’

‘No, Mother. I came to say my goodbyes.’

‘What? Just what?’ Mother asks.

‘That’s rich, coming from you.’

‘Look, I know I haven’t been the World’s Best Daughter,’ I say.

‘Pah. Understatement of the year. Get one of those thingies from the nurse, will you?’

‘The one that’s plain as a pikestaff. I need to say a decade of the rosary every time I look at her… A thingummy jig whatsit doodah…’ She sets off coughing, and I think she’s going to choke to death there and then. She waves her hand madly in the direction of the cupboard next to the bed.

‘In here?’ I ask. She nods. ‘A tissue?’ She nods again. I hand her a tissue, and she spits into it. Fresh red blood mixed with black swirls like a marble. She folds the tissue, shoves it into my hand and gestures to the plastic bag taped to her locker. I try not to retch as I stuff it in. ‘You haven’t exactly been Mum of the Year, either.’

‘I’m not here to kick you, Mother. Felicity said you were asking for me.’

‘Yes, I wanted you to know that I know who took the money and your father’s watch, and I want you to get it back.’

‘Listen, if you’re going to accuse Drew again, I–’

‘That was a terrible time for us…’

‘I wasn’t going to accuse Drew,’ she says. ‘I know it wasn’t Drew. He wouldn’t nick off his granny. I want you to get it back. I still want Drew to have it.’

‘I don’t want it to cause trouble. I just want you to get it back.’

‘From where, Mother? Where do I get it from?’

‘I don’t understand. What about Felicity?’

‘It wasn’t your dad’s watch. Well, it was. But not the man you thought was your dad.’

‘What do you mean? What are you talking about? You’re talking in riddles. Whose was it? Mother?’

‘The letters explain,’ she says, her breath shallow and laboured.

‘In there,’ she says, pointing to the bedside cabinet. ‘They explain.’

‘Everything. They explain everything. Forgive me…’

Her breath grows ragged, and the machine beside her beeps. A nurse comes running. It’s all a bit of a blur after that. Doctors run in. They shock her, and her heart starts again, then stops. They shock her again, calling, ‘Alice, Alice, can you hear me, Alice?’

When I’ve seen paramedics performing CPR on the telly, it’s so clean and clinical. This is brutal. Messy, noisy, the sound of ribs cracking, a blue mouth foaming, eyes rolling.

It seems like hours before a man in a white coat shakes his head and says, ‘Time of death, eleven twenty-two am.’

I can’t say that what I feel is sadness, but there is shock. Definite shock. Seeing Mother silent and not deadly. I wouldn’t say she looks peaceful or that she looks like she’s sleeping. She looks dead. Bitter Alice. Deceased. What did she want to explain? What did she want me to forgive?

I open her bedside cabinet and take out a brown bag. Inside is a bundle wrapped in red cloth. Unwinding the material, I can see letters, a huge bundle of letters, held together by elastic bands. I stuff them into my bag, intending to read them when I get home.

I sit beside the bed in a state of shock until Felicity arrives and blames me for killing our mother. ‘I think, in fact, that it was lung cancer that killed her.’

‘She was alright last night,’ she says. ‘She was chatting about Freda Birchill’s granddaughter being done for shoplifting.’

‘She wasn’t alright, though, was she? You called me up here because she was dying. You said to me that she didn’t have long left.’

‘Yeah, but I didn’t think…that she would really die.’ Her face crumples then, and I feel almost sorry for her. I put my hand on her shoulder, and she shrugs it off. ‘Do you think it’s been fun looking after her for the past twenty years while you swanned off to the city? You, the big I am.’

‘It’s Newcastle, Felicity, not New York. If you wanted a life, you could have chosen one.’

‘Chosen? Chosen?’ Her voice rises, and she beats her chest. ‘I didn’t have choices. My path was paved when you left. I couldn’t leave as well, could I? She’d have been on her own.’

I ignored her self-pity party. ‘She mentioned the money and Granddad’s watch. She said she knew Drew didn’t take it.’

‘If you’ve come here to cause trouble, I swear I’ll …’

‘Do what? Fliss, you invited me to come.’

‘Just go back to where you came from.’

‘I came from here, actually.’

‘So why do you talk as though you have a mouth full of marbles?’

‘What is it you want from me, Felicity?’

‘Nothing. I want nothing. Precisely what you’ve given me over the years.’

‘I’m going back,’ I say. ‘Let me know the arrangements for the funeral.’

‘Oh, yes, leave it all to me as usual. You can tell Drew to stay away, for a start.’

‘I’ll tell him no such thing. And I’ll tell you another thing, Mother wants him to have his granddad’s watch. Well, she said it’s not Dad’s. So, what do you know about that?’

‘Nothing. I’ve no idea what you’re talking about.’

‘She wants me to find the watch and give it to Drew, and that’s what I’m going to do.’ Her face turns red, then green, then white. She storms off, sticking her nose in the air.

Make sure to check out the other blogs taking part in the blitz: 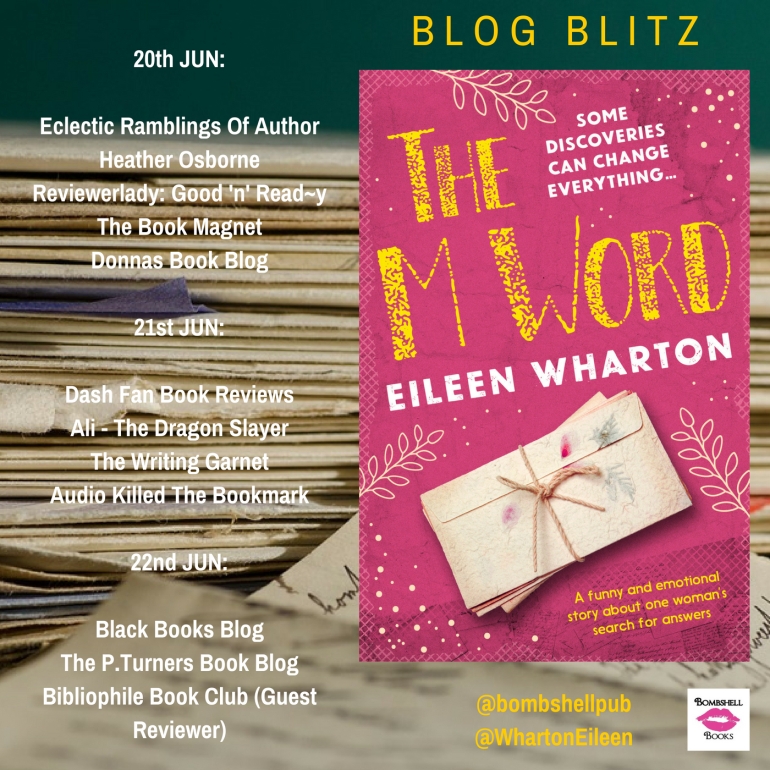