Today I’m on the blog blitz for The Bitter End by Ann Evans and Robert D. Tysall and I’ll be sharing a guest post with you all a little further down!

Ann Evans was born and bred in Coventry, West Midlands, and started writing just for fun after giving up her secretarial job to have her three children.

Having caught the writing ‘bug’ there was no stopping her, and as her children grew up, she continued to write for a variety of genres. She spent 13 years at her local newspaper as a Feature Writer as well as working freelance on magazine articles.

She also writes books for children, young adults, reluctant readers and some romance. (Ann Carroll) Her first adult crime novel, Kill or Die was published in 2017 by Bloodhound Books.

Having worked with writer/photographer Robert D. Tysall for many years through magazine work, Ann and Rob teamed up to write the supernatural thriller, The Bitter End – Ann’s first collaboration with another writer.  This will be published by Bloodhound Books in the summer of 2018.

Robert Tysall was born and brought up in Rugby, Warwickshire, and played the sport the town is famous for in his youth, until he discovered a passion and talent for photography, music and writing poetry and song lyrics. His career so far has been a busy mix of being lead vocalist and percussionist in bands plus working as a professional freelance photographer.

He is currently in a 60s, 70s & Beatles duo, and lives in Warwickshire with his wife, Heather. He has two grown up children. Rob is multi published on the photographic side of things with countless magazine articles, generally working alongside writer Ann Evans.

For many years he has dabbled with ideas for stories and finally the time felt right with this book. It seemed a natural turn of events for both Rob and Ann to team up and write The Bitter End together.

With his debut novel completed, now there’s no stopping him, and two more book collaborations with Ann are currently in the pipeline. 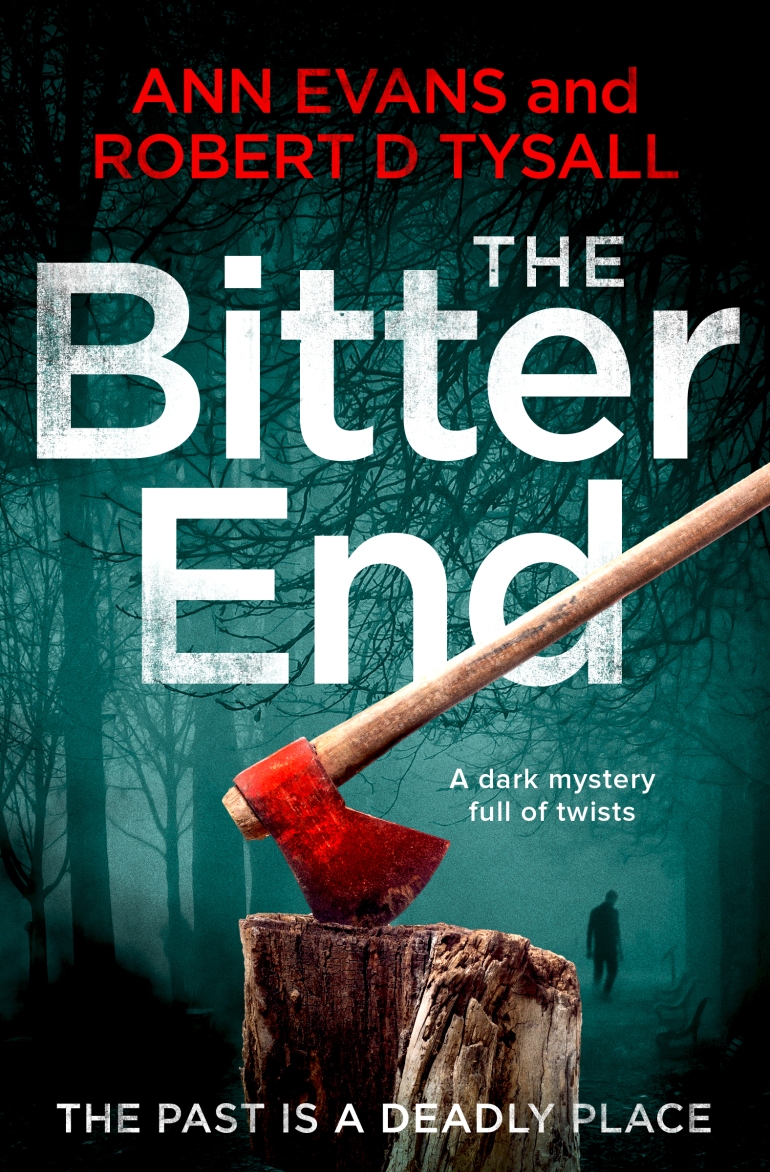 Paul finally has his life back on track. After losing his wife, Helena in a horrific car crash, he has found love with Sally and moves into her country cottage.

As a former high-ranking Naval Officer, Paul now works as Head of Security at MI5.

Paul has no memories from before he was ten years old. An accident left him in a coma for 9 months.  But was it really an accident?

Soon Paul starts to have flashes of childhood memories, all involving his childhood friend, Owen.

Sally introduces him to her friend, Juliet, the owner of a craft shop. Paul is shocked when he is introduced to Juliet’s partner, his old friend Owen.

Flashes of memories continue to haunt Paul, particularly the memory of his first wife Helena burning in the car crash.

As dark things start to happen, and local people begin dying in horrific accidents, Paul must face his past and will end up fighting for his life.

The idea behind the story.

I’ve always felt that a lot of the witch stories were all along the same lines and I wondered if it could be approached from a different angle. What if the witch wasn’t just a human witch but a demon witch, in fact the first of her kind; and that she has been walking side by side with us through the annals of history, throughout the time that mankind has been here – and doing the biddings of Beelzebub.

She and others of her kind have spread all over the planet and Satan has been using them to cause all the mayhem and catastrophes in the world – all the hatred, wars and fighting. Unbeknown to us they have all been caused by this almost alien-like creature.

The working title for the book was Witch One but we felt it was too simplistic to tell the full tale. Also, it dawned on me that Lamia and those of her kind may not even consider herself to be, as we call them, a witch. As the conception of a witch is purely human.

I also wanted to create a situation where people of the military fighting forces who tend not to have any belief in such supernatural ideals, find that they have no other choice but to believe. They have to accept there is something else here that is not helping us, or on our side. Hence the creation of the protagonist Paul Christian, a former Naval Officer.

You often hear people in authorive professions such as the police say that they don’t believe in coincidence or conspiracy theories, but our characters are faced with undeniable evidence that can’t be dismissed.

Thinking of a new angle for any supernatural or horror type of situation is never easy, but I do think we’ve actually achieved it with the story of The Bitter End.