Another batch of mini-reviews for you all again today. I didn’t realise just how many of these I had to do until I wrote out the books that need reviewing, so there will be a good few more of these posts, haha!

Daughter of Smoke and Bone by Laini Taylor 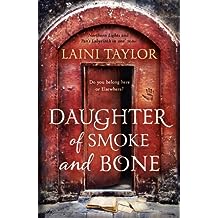 In general, Karou has managed to keep her two lives in balance.

On the one hand, she’s a seventeen-year-old art student in Prague; on the other, errand-girl to a monstrous creature who is the closest thing she has to family.

Raised half in our world, half in ‘Elsewhere’, she has never understood Brimstone’s dark work – buying teeth from hunters and murderers – nor how she came into his keeping. She is a secret even to herself.

Now the doors to Elsewhere are closing, and Karou must choose between the safety of her human life and the dangers of a war-ravaged world that may hold the answers she has always sought.

I had been meaning to read Daughter of Smoke and Bone for years, so I finally picked it up during the summer to read. My husband had actually read it before me and kept telling me I should read it as I would enjoy it, and he wasn’t wrong. I loved Karou, and the story was really interesting. I couldn’t put it down once i started reading, and I was eager to find out what was going to happen. We had been to Prague this year too, so the location was easy to keep up with as it was familiar. A really great start to a series and definitely recommend it if you enjoy fantasy!

Daughter of Smoke and Bone by Laini Taylor

History is All You Left Me by Adam Silvera 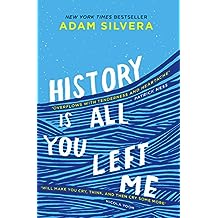 You’re still alive in alternate universes, Theo, but I live in the real world where this morning you’re having an open casket funeral. I know you’re out there, listening. And you should know I’m really pissed because you swore you would never die and yet here we are. It hurts even more because this isn’t the first promise you’ve broken.

Griffin has lost his first love in a drowning accident. Theo was his best friend, his ex-boyfriend and the one he believed he would end up with. Now, reeling from grief and worsening OCD, Griffin turns to an unexpected person for help. Theo’s new boyfriend. But as their relationship becomes increasingly complicated, dangerous truths begin to surface. Griffin must make a choice: confront the past, or miss out on the future…

I have seen Adam Silvera’s name a lot this year, so when I saw History in my local library I figured I would give it a go. I actually think I read the whole book in one day. It was one of those kinds of books where you just have to keep reading. While I had some issues with the main character and his actions at times, I still found myself compelled to keep reading to see how it would all go. I enjoyed this one, as it was a departure from my usual reads.

History is All You Left Me by Adam Silvera

About A Girl by Lindsey Kelk 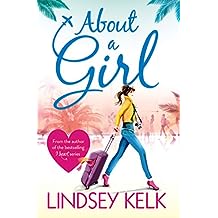 Tess Brookes has always been a Girl with a Plan. But when the Plan goes belly up, she’s forced to reconsider.

After accidently answering her flatmate Vanessa’s phone, she decides that since being Tess isn’t going so well, she might try being Vanessa. With nothing left to lose, she accepts Vanessa’s photography assignment to Hawaii – she used to be an amateur snapper, how hard can it be? Right?

But Tess is soon in big trouble. And the gorgeous journalist on the shoot with her, who is making it very clear he’d like to get into her pants, is an egotistical monster. Far from home and in someone else’s shoes, Tess must decide whether to fight on through, or ‘fess up and run…

I haven’t read a book like this in years. When I say like this, I mean the light-hearted, girly kind of books. They are not something I would usually pick up, but that is exactly why I went for it this time. It is fun and it kept me turning the pages. Escapism is what I was after, and I found it with this one. A perfect holiday read!

About A Girl by Lindsey Kelk

Days of Blood and Starlight by Laini Taylor 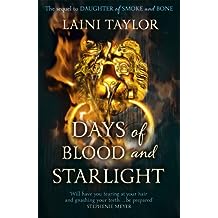 Once upon a time, an angel and a devil fell in love and dared to imagine a new way of living – one without massacres and torn throats and bonfires of the fallen, without revenants or bastard armies or children ripped from their mothers’ arms to take their turn in the killing and dying.

Once, the lovers lay entwined in the moon’s secret temple and dreamed of a world that was a like a jewel-box without a jewel – a paradise waiting for them to find it and fill it with their happiness.

This was not that world.

Back to the second book in the series, and while it didn’t capture my imagination as much as the first one, I was still hooked and invested in the characters. Taylor’s world-building is really good, and it is easy to get pulled into the story. An enjoyable second installment, but it definitely left me wanting more!

Days of Blood and Starlight by Laini Taylor

Until next time, happy reading 🙂