I swear I feel like I’m repeating myself every time I start one of these, but there are only so many ways I can introduce these review posts I guess! So, with that in mind, here’s some more reviews on what I’ve been reading lately! 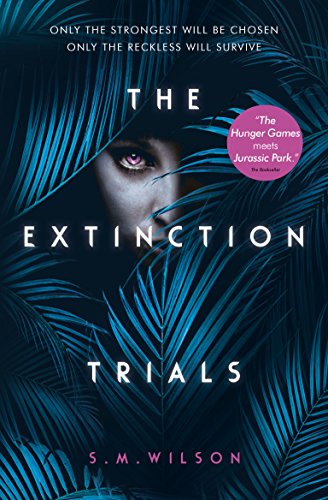 In Stormchaser and Lincoln’s ruined world, the only way to survive is to risk everything. To face a contest more dangerous than anyone can imagine. And they will do anything to win.

But in a land full of monsters – human and reptilian – they can’t afford to trust anyone. Perhaps not even each other…

The Extinction Trials was a super fun read. Packed full of action, and DINOSAURS! It was different to what I was expecting, but I couldn’t put it down. Its got some great characters, a Hunger Games-esque plot and it was just really good escapism! 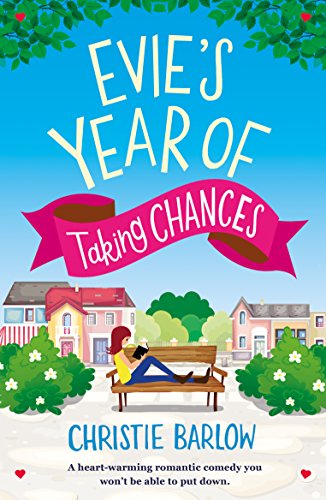 It’s Evie’s birthday and the start of a year she’ll never forget. An emotional story of love, friendship and grabbing life by the horns.

Evie’s job has always been her safe haven. As a librarian in the little town of Becton she loses herself in books – after all it’s far easier to read about other people’s problems than set about solving her own.

Then, one birthday, everything is turned upside down. A mysterious parcel containing a beautiful book with a poignant inscription arrives for Evie. It’s the beginning of a new chapter for Evie and she’s inspired to try and find her real mother.

Evie’s search leads her to meet handsome author Noah Jones. Charming and intelligent, Noah seems the perfect catch but what Evie doesn’t realise is that he is hiding something – a key to Evie’s past.

As Evie gets closer to Noah and discovering her mother, she must take a giant leap of faith. Can she embrace the new and make this her year of taking chances? And if she does, will she get her heart broken?

Evie’s Year of Taking Chances was a book with subject matter close to my heart. Being adopted, I found it was dealt with really well and with great sensitivity by the author. It was an emotional read, but it was also really heartwarming. Not my usual kind of read to be honest, but not one I’ll forget in a hurry!

Dreams of Gods and Monsters 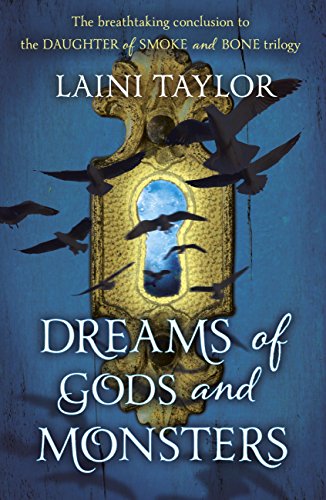 By way of a staggering deception, Karou has taken control of the chimaera rebellion and is intent on steering its course away from dead-end vengeance. The future rests on her, if there can even be a future for the chimaera in war-ravaged Eretz.

When Jael’s brutal seraph army trespasses into the human world, the unthinkable becomes essential, and Karou and Akiva must ally their enemy armies against the threat. It is a twisted version of their long-ago dream, and they begin to hope that it might forge a way forward for their people.

And, perhaps, for themselves. Toward a new way of living, and maybe even love.

But there are bigger threats than Jael in the offing. A vicious queen is hunting Akiva, and, in the skies of Eretz … something is happening. Massive stains are spreading like bruises from horizon to horizon; the great winged stormhunters are gathering as if summoned, ceaselessly circling, and a deep sense of wrong pervades the world.

What power can bruise the sky

From the streets of Rome to the caves of the Kirin and beyond, humans, chimaera and seraphim will fight, strive, love, and die in an epic theater that transcends good and evil, right and wrong, friend and enemy. At the very barriers of space and time, what do gods and monsters dream of ? And does anything else matter.

This is the third book of the trilogy, and I have to be honest, I felt so let down by it in comparison to the first two books. I was hoping for a satisfying resolution to the events of previous book, but it just didn’t make sense to me. I so badly wanted to love this one, but it just didn’t hit the spot for me!

Dreams of Gods and Monsters by Laini Taylor 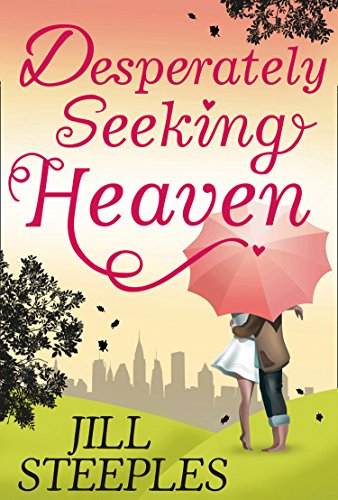 Love always comes when you least expect it, at least that’s what PA Alice Fletcher tells herself as she looks forward to another Friday night of trash telly and wine-for-one. But what happens when the unexpected is daytime TV crush Jimmy Mack, and he’s sitting on your couch watching the news…of the accident that claimed his life?

Soon, Alice finds her ordered life turned upside down by helping Jimmy right the wrongs of his life so he can cross over to the ‘other side.’ But most unexpected of all is Alice’s growing realisation that her gorgeous ghost has taken up residence in her heart as well as in her home.

Being in need of lighter reads lately, I started this one because it sounded like it would be exactly what I needed, and it was for the most part. It is definitely an easy read, but you kinda have to suspend belief a bit. It reminded me of Just Like Heaven, the movie with Reese Witherspoon and Mark Ruffalo. I loved that movie, so I think that’s why I got on with this one. Light-hearted, romantic and playful, Desperately Seeking Heaven was a nice read!

That’s is for this post. I think I have at least 3 or 4 more of these to come between now and October so do check them out!

Leave a Reply to Reads and Dreams Cancel reply

Hello 🙋🏻‍♀️
#Corpsing by @sophwhitewhoop arrived this morning with a deadly cross stitch pattern 🖤 Thanks @kennysbookshop 📚 @tramppress
Thanks so much @orendabooks for #GirlsWhoLie by @evabjorg88
Books read in February 2021 📚
I ordered these deadly prints for Kevin’s birthday from @craicgaloreprints 😍
Today #IrelandReads and I am here for it! 🙌🏻📚
coffeeinonehandbookintheother.wordpress.com/
A Cat, A Book, and A Cup of Tea
Varietats