I have another different kind of post for you all today, this time its all about what books I have on my Netgalley shelf!

The Machinery by Gerrard Cowan 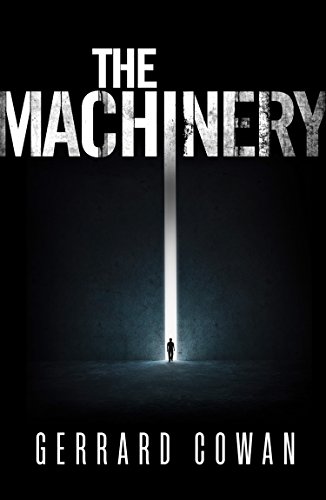 The Machinery knows all.

For ten millennia, the leaders of the Overland have been Selected by the Machinery, an omnipotent machine gifted to the world in darker days.

The Overland has thrived, crushing all enemies. But the Machinery came with a prophecy: it will break in its ten-thousandth year, Selecting just one leader who will bring Ruin to the world. That time has arrived.

Katrina Paprissi is an Apprentice Watcher, charged with seeking out any who doubt the power of the Machinery. But as the Machinery nears breaking point, her own doubts begin to surface. She must travel to its home in the depths of the mysterious Underland, to see if Ruin really is coming for them all…

A Version of the Truth by BP Walter 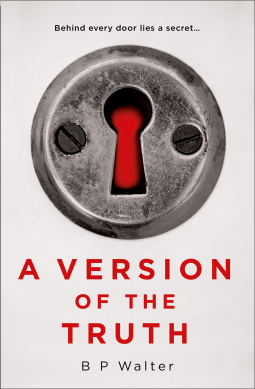 We all see what we want to see…

2019: Julianne is preparing a family dinner when her son comes to her and says he’s found something on his iPad. Something so terrible, it will turn Julianne’s world into a nightmare and make her question everything about her marriage and what type of man her husband is or is pretending to be.

1990: Sophie is a fresher student at Oxford University. Out of her depth and nervous about her surroundings, she falls into an uneasy friendship with a group of older students from the upper echelons of society and begins to develop feelings for one in particular. He’s confident, quiet, attractive and seems to like her too. But as the year progresses, her friends’ behaviour grows steadily more disconcerting and Sophie begins to realise she might just be a disposable pawn in a very sinister game.

A devastating secret has simmered beneath the surface for over twenty-five years. Now it’s time to discover the truth. But what if you’re afraid of what you might find?

The Chestnut Man by Soren Sveistrup 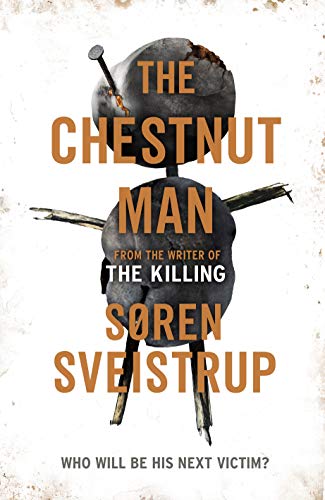 One blustery October morning in a quiet suburb of Copenhagen, the police make a terrible discovery. A young woman is found brutally murdered in a playground and one of her hands is missing. Above her hangs a small doll made of chestnuts.

Ambitious young detective Naia Thulin is assigned the case. Her partner, Mark Hess, is a burned-out investigator who’s just been kicked out of Europol. They soon discover a mysterious piece of evidence on the chestnut man – evidence connecting it to a girl who went missing a year earlier and is presumed dead – the daughter of politician Rosa Hartung.

The man who confessed to her murder is behind bars and the case is long since closed.

Soon afterwards, another woman is found murdered, along with another chestnut man. Thulin and Hess suspect that there’s a connection between the Hartung case, the murdered women and a killer who is spreading fear throughout the country. But what is it?

Thulin and Hess are racing against the clock, because it’s clear that the murderer is on a mission that is far from over . . .

For The Missing by Lina Bengsdotter 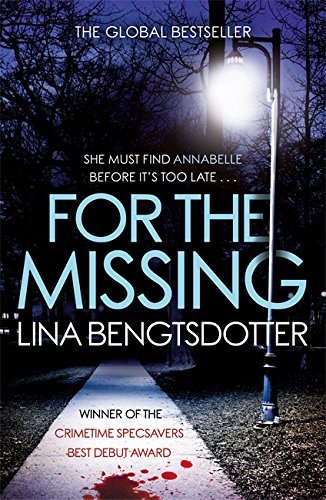 THE MISSING
Nora’s daughter Annabelle has disappeared, last seen on her way home from a party.

THE LOST
Gullspång’s inexperienced police are wilting under the national media spotlight – and its residents desperate for answers.

THE CLOCK IS TICKING . . .
Stockholm DI Charlie Lager must return home to find Annabelle, and then get out of town as soon as she can. Before everyone discovers the truth about her . . .

A Curse So Dark and Lonely by Brigid Kemmerer 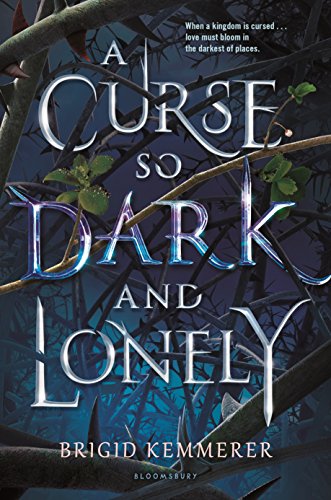 Fall in love, break the curse.

It once seemed so easy to Prince Rhen, the heir to Emberfall. Cursed by a powerful enchantress to repeat the autumn of his eighteenth year over and over, he knew he could be saved if a girl fell for him. But that was before he learned that at the end of each autumn, he would turn into a vicious beast hell-bent on destruction. That was before he destroyed his castle, his family, and every last shred of hope.

Nothing has ever been easy for Harper. With her father long gone, her mother dying, and her brother barely holding their family together while constantly underestimating her because of her cerebral palsy, she learned to be tough enough to survive. But when she tries to save someone else on the streets of Washington, DC, she’s instead somehow sucked into Rhen’s cursed world.

Break the curse, save the kingdom.

A prince? A monster? A curse? Harper doesn’t know where she is or what to believe. But as she spends time with Rhen in this enchanted land, she begins to understand what’s at stake. And as Rhen realizes Harper is not just another girl to charm, his hope comes flooding back. But powerful forces are standing against Emberfall . . . and it will take more than a broken curse to save Harper, Rhen, and his people from utter ruin. 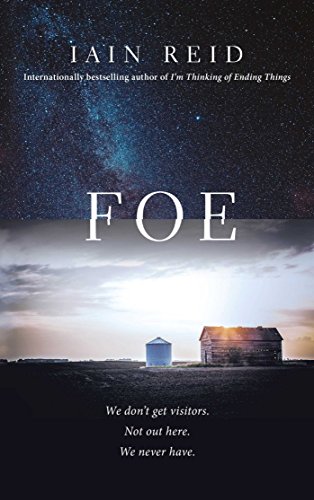 You think you know everything about your life.

Long-married couple Junior and Henrietta live a quiet, solitary life on their farm, where they work at the local feed mill and raise chickens. Their lives are simple, straightforward, uncomplicated.

Until everything you think you know collapses.

Until the day a stranger arrives at their door with alarming news: Junior has been chosen to take an extraordinary journey, a journey across both time and distance, while Hen remains at home. Junior will be gone for years. But Hen won’t be left alone.

Who can you trust if you can’t even trust yourself?

As the time for his departure draws nearer, Junior finds himself questioning everything about his life – even whether it’s really his life at all.

After The Fire by Will Hill 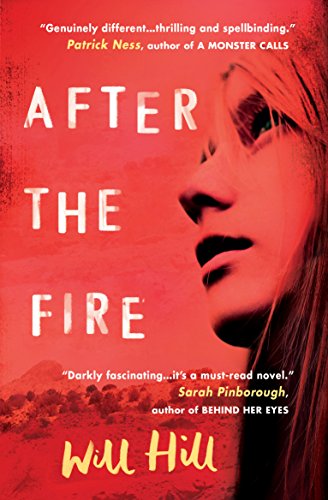 The things I’ve seen are burned into me, like scars that refuse to fade.

Moonbeam is starting to doubt, though. She’s starting to see the lies behind Father John’s words. She wants him to be found out.

What if the only way out of the darkness is to light a fire? 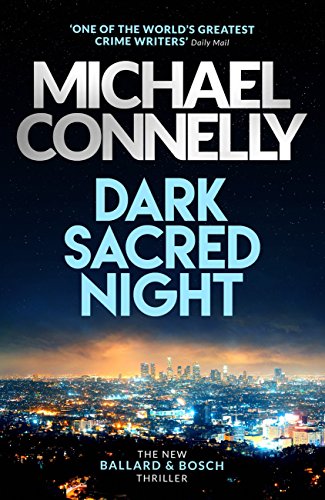 Detective Renée Ballard is working the graveyard shift again, and returns to Hollywood Station in the early hours only to find that an older man has snuck in and is rifling through old file cabinets.

The intruder is none other than legendary LAPD detective Harry Bosch, working a cold case that has gotten under his skin. Ballard kicks him out, but eventually Bosch persuades her to help and she relents.

Bosch is investigating the death of fifteen-year-old Daisy Clayton, a runaway who was brutally murdered. He crossed paths with her devastated mother while working a previous case, and Daisy’s story has seized hold of him.

Trust No One by Anthony Mosawi 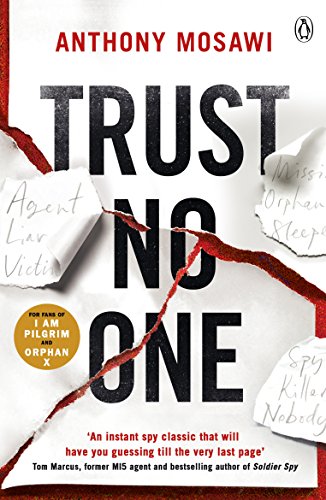 My name is Sara Eden –

This is all I can remember.

There are government agents pursuing me.

They think I know something they want.

They will never stop.

I could be a danger.

I could be a weapon.

I could be a victim.

The Similars by Rebecca Hanover

When six clones join Emmeline’s prestigious boarding school, she must confront the heartbreak of seeing her dead best friend’s face each day in class in this exhilarating and riveting debut by Rebecca Hanover.

This fall, six new students are joining the junior class at the elite Darkwood Academy. But they aren’t your regular over-achieving teens. They’re clones. And they’re joining the class alongside their originals.

The Similars are all anyone can talk about: Who are these clones? What are the odds that all of them would be Darkwood students? And who is the madman who broke the law against cloning to create them? Emmaline Chance couldn’t care less. Her best friend, Oliver, died over the summer and it’s all she can do to get through each day without him.

Then she comes face-to-heartbreaking-face with Levi–Oliver’s exact DNA copy and one of the Similars.

Emma wants nothing to do with the Similars, except she keeps getting pulled deeper into their clique. She can’t escape the dark truths about the clones or her prestigious school. No one can be trusted…not even the boy she is falling for with Oliver’s face.

Do let me know in the comments! 🙂

10 thoughts on “What’s on my Netgalley shelf?”