Today I am delighted to be taking part in the blog tour for Cold Breath by Quentin Bates, and I’ll be sharing an extract with you all a little further down! 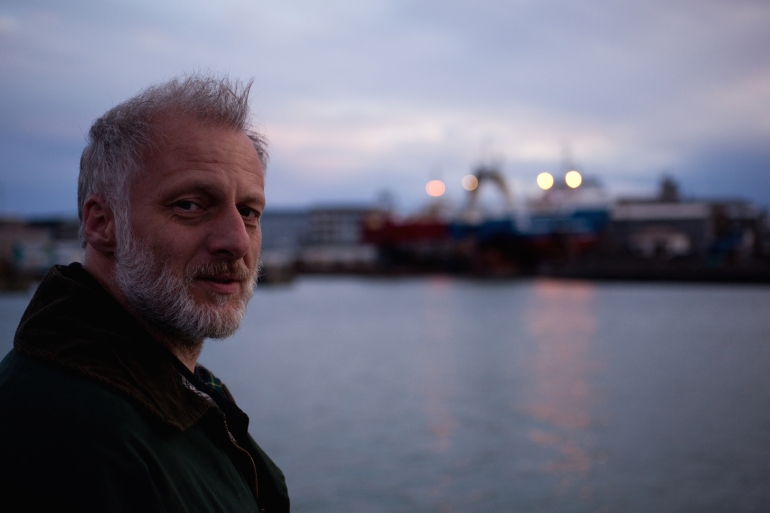 Quentin Bates made his escape from suburbia at the end of the seventies as a gap year turned into a gap decade spent in the north of Iceland. He worked ashore and at sea before returning to England and, once finally ashore for good, drifted by accident into journalism.

Finally the lure of fiction became too strong to resist. Sergeant Gunnhildur and the series of novels she features in have their origins in a deep affection for Iceland and its people, and an intimate knowledge of Icelandic society and its language, customs and quirks.

Today Quentin divides his time between the north of Iceland and the south of England, translating books from Icelandic in addition to working on his own fiction.

Gunnhildur reluctantly allows herself to be taken off police duties to act as bodyguard to a man with a price on his head . . .

Hidden away in a secure house outside Reykjavík, Gunna and the high-profile stranger, a guest of the interiors minister, are thrown together – too close for comfort. They soon find they are neither as safe nor as carefully hidden as Gunna and her boss had thought. Conflicting glimpses of the man’s past start to emerge as the press begin to sniff him out, as does another group with their own reasons for locating him. Gunna struggles to come to terms with protecting the life of a man who may have the lives of many on his conscience – or indeed may be the philanthropist he claims to be.

Isolated together, the friction grows between Gunna and the foreign visitor, and she realises they are out of their depth as the trails lead from the house outside Reykjavík to Brussels, Russia and the Middle East.

Go for a walk,’ the pale man suggested. ‘Don’t go far. Don’t go out of sight.’
The plump man opened his mouth to speak and then quickly shut it. It had been an instruction, not a suggestion.
‘How long?’ he asked, his voice quivering. Next to him his wife could not hide the helpless hatred in her eyes.
‘Twenty minutes,’ the dark man said, pointing to the wavelets being whipped up on the surface of the lake by a bitter wind. ‘Leave your phones on the table. Go that way and walk around the lake. Be where we can see you.’
‘You . . . ?’ the woman began.
‘Come on, Hanne. We don’t have a choice,’ the man muttered to his wife, taking her arm. He stared steadfastly ahead as they walked away, while she shot a single furious glance over her shoulder towards the two men.
It was supposed to be the holiday they had been looking forward to. For the first time there was no need to hurry. There were no longer projects to manage, classes to teach, meetings to attend, deadlines to meet, or jobs waiting for them to return to. Retirement meant they could spend as long as they wanted touring this rocky island they had long wanted to visit, arriving before the tourist season got underway and taking things slowly, dawdling around the northern coastline as they made their way to Reykjavík, stopping whenever and wherever they saw fit.
That had been the plan, she reflected bitterly, until the unwelcome visitors had arrived one night before they had got as far as the ferry, with an offer they dared not refuse.
‘How long should this take?’ the pale man asked, watching as the tubby man and his stick-thin wife walked stiffly, arm-in-arm, around the shore of the lake.
‘Not long. Under the driver’s side bunk. Tools?’
They disappeared into the camper van, and the dark man opened a compact tool box on the table as he looked around.
‘Nice truck,’ he said. ‘House-proud people. Very tidy.’
‘Maybe they
wanted the place to look its best for their visitors.’
The elderly couple, still arm-in-arm, returned windblown after a slow walk around the grey waters of the lake where the wind filled the air with spray.
‘We’re finished. Thanks for your co-operation,’ one of the men said, standing up from his seat in the camper van’s back door as the couple approached.
‘It’s not as if we had a choice in the matter,’ the woman snapped at him, her voice loaded with helpless anger.
He shrugged. ‘It’s not our choice either, I’m afraid. Now we’d like you to go away and enjoy the rest of your holiday. Forget you ever saw us.
It goes without saying that you won’t say a word to anyone, ever. In which case you’ll never hear from us again.’
The pale man dipped a hand into his pocket and took out a sheet of paper folded into four. He held it up and handed it to the woman.
‘What’s this?’
‘Take a look.’
She unfolded it carefully and stiffened as she saw it. Her husband’s face sagged as she showed it to him.
‘Your
house. Your daughter’s house,’ the pale man said, his finger sliding over each of the four pictures. ‘Your son-in-law’s business. And this is where your mother lives. Just so you know. Not one single word.’ 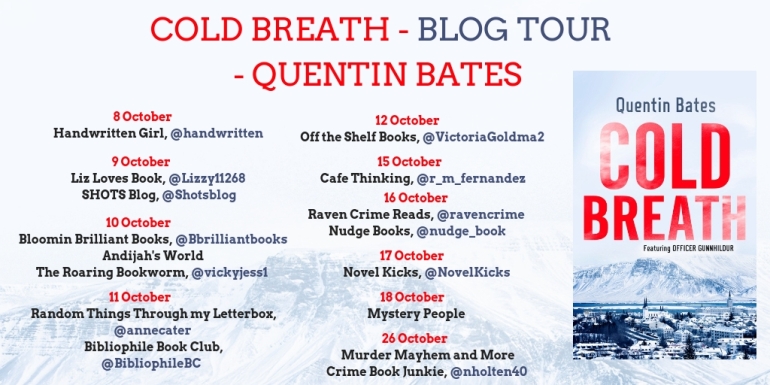 Absolutely loving my @cauldron.candles.and.soaps #MCR Welcome to the Black Parade candle 🖤 It matches my shelves perfectly, and smells so good! Don’t forget to use BIBLIO10 to get 10% off your order 💀 #smallbusinesses #shoplocal #goth #cauldroncandles #black #gothaesthetic #gothichome #Nevernight #books
Finding it hard to enjoy books at the moment. I’ve DNF’d at least 3 this month already 🙈 I was chatting to my husband about it and he suggested picking up Tower of Dawn by Sarah J. Maas as it has absolutely NOTHING to do with what’s going on in the world, and I think this was the right choice. Plus, I only have this and Kingdom of Ash to read and I’ll have the series finished. How are you all finding reading with everything that’s going on?
Now, more than ever, we need to support local small businesses. The current situation means that the economy is precarious, especially for the self-employed. I’m a spring rep for @cauldron.candles.and.soaps and I swear, I’ve never had nicer scented candles than these skull babies 💀😍 Even before I became a rep, I had bought some stuff off Lucy. And I will continue to do so long after my term ends. We need to work together to help, and if you can support small indie businesses, then all the better 🖤 You can still get 10% off your order using my rep code BIBLIO10 🙌🏻 #smallbusiness #shoplocal #cauldronscandles #skulls #goth #gothichome #gothaesthetic
Customized #bookpost from @viper.books today 😍 Thanks so much for sending me #TheResident by #DavidJackson, I can’t wait to read it! 📚 #FearTheResident #ViperBooks
Hey guys! It’s a trying and scary time for us all, especially those who have small businesses. I’m a spring rep for the amazing @cauldron.candles.and.soaps and wanted to explain why! Tireless in her efforts to produce beautiful products, at an affordable price and with speedy delivery, Lucy is the epitome of professional. I can’t recommend her and her beautiful products enough. So please, give her a follow, a like, visit her shop (her link is on her Cauldrons bio) and treat yourself 🖤 You can get 10% off your order using BIBLIO10 at checkout 💀 #smallbusinesses #shoplocal #cauldronscandles #skulls #gothaesthetic #dragons
Go raibh míle maith agaibh @gambit589 and @orbitbooks_uk for this unexpected and awesome #bookpost 📚