Today, Ellen is taking part i the blog tour for Peas, Carrots and an Aston Martin by award-winning author, Hannah Lynn. I’ll be sharing her review with you all just a little further down! 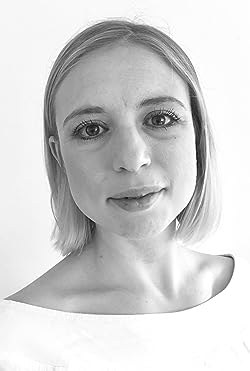 Hannah Lynn is an award-winning, genre-defying novelist. Publishing her first book, Amendments – a dark, dystopian speculative fiction novel, in 2015, she has since gone on to write The Afterlife of Walter Augustus – a contemporary fiction novel with a supernatural twist – which won the 2018 Kindle Storyteller Award and the delightfully funny and poignant Peas and Carrots series.

While she freely moves between genres, her novels are recognisable for their character driven stories and wonderfully vivid description.

She is currently working on a YA Vampire series and a reimaging of a classic Greek myth.

Born in 1984, Hannah grew up in the Cotswolds, UK. After graduating from university, she spent ten years as a teacher of physics, first in the UK and then around Asia. It was during this time, inspired by the imaginations of the young people she taught, she began writing short stories for children, and later adult fiction Now as a teacher, writer, wife and mother, she is currently living in the Austrian Alps.
For up-to-date news and access to exclusive promotions follow her on

Amazon.co.uk – The Afterlife of Walter Augustus

Amazon.com – The Afterlife of Walter Augustus

“A coming of age story for the mid-life crisis generation.”

When George Sibley dies, his only son, Eric, has no idea that his inheritance will come with conditions. Now, if Eric is to ever get his hands on his father’s treasured Aston Martin, he must somehow juggle his hectic career and family life in the city, with regular visits to the small riverside town of Burlam. Life for Eric quickly becomes a chaotic kaleidoscope of grumpy pensioners, wellington boots and vintage auto-mobiles, fraught with heavy machinery mishaps, missed deadlines and drug raids, the result of which leave his marriage, job and sanity hanging in the balance.
.

Peas, Carrots and an Aston Martin is a light-hearted and humorous tale of a man who reluctantly goes digging amongst the weeds in order to discover his roots.

Admit it – you’re intrigued by that title right!? What on Earth can a story called Peas, Carrots and an Aston Martin be about? Well I can tell you it’s about a lot of things including family, friendship, loss, grumpy OAPs and an allotment (hence the peas and carrots).

When Eric Sibley’s father George dies, Eric dreams of what his inheritance will buy..a bigger house, fancy holidays perhaps? Nope, nothing like this. George aims to teach Eric a lesson, he doesn’t want Eric to miss out on the joys of family and friendship in pursuit of the finer things in life. So what does Eric get? His father’s beloved Aston Martin which comes attached with a proviso; in order to have full ownership of the car he must tend his father’s allotment every week. Sounds pretty simple right? But due to George’s ill health and inability to do what he loved the land isn’t in the best of shape, in fact it’s an overgrown, rat-infested death trap! Eric is not impressed, he’s a busy man working in the city and doesn’t think he has time for an allotment but George knows exactly how his son would react and there is no get out clause. After trying to flout the rules a few times, with hilarious consequences, Eric comes to the realisation that the allotment needs to be embraced. He is no Monty Don and he must win over the other residents as well as conquer his lack of gardening skills.

Throughout the book we see Eric’s opinions change and his understanding of what he wants out of life grow alongside the new life on his little plot. There are a lot of colourful characters along the way, all of who have something to add to Eric’s journey.

A lovely heart-warming tale and I look forward to book two in the series!

Monday blues 💙
Decided to buy myself a book and #ACOSF seemed like a good choice. Now I just need to find the time to read it, and also wrack my brain to remember the plots of the previous four books 🙄😂
#currentlyreading
Books read in March 2021 📚
I’m early with this for once! 😆
Thanks so much @orbitbooks_uk @gambit589 for these beautiful books 📚
coffeeinonehandbookintheother.wordpress.com/
A Cat, A Book, and A Cup of Tea
Varietats