Today is Ellen’s stop on the blog tour for Someone Like Me by M. R. Carey and I’ll be sharing her review with you all a little further down! 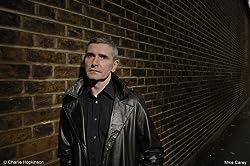 M. R. Carey has been making up stories for most of his life. His novel The Girl With All the Gifts was a word-of-mouth bestseller and is now a major motion picture based on his own screenplay. Under the name Mike Carey he has written for both DC and Marvel, including critically acclaimed runs on Lucifer, Hellblazer and X-Men. His creator-owned series The Unwritten appeared regularly in the New York Times graphic fiction bestseller list. He also has several previous novels, games, radio plays, and TV and movie screenplays to his credit.

THERE ARE TWO SIDES TO EVERY STORY.

Liz Kendall wouldn’t hurt a fly. Even when times get tough, she’s devoted to bringing up her kids in a loving home.

But there’s another side to Liz, one that’s dark and malicious. She will do anything to get her way – no matter how extreme.

And when her alter-ego takes control, the consequences are devastating.

Where to start with the review for Someone Like Me? How about… I’ve found one of my favourite books this year!? I’ve loved all MR Carey’s previous books but this one has stormed it’s way to the top. A mix of thriller/horror and supernatural I was hooked from the first few pages and Liz’s attack from her abusive ex-husband Marc had me gasping for breath. It’s during this attack that another side of Liz comes to the surface and finds the strength to fight back to save her life. Where is this alter ego from; is it simply Liz’s natural instinct for survival and her kids protection or something much darker? If you’ve read anything from MR Carey before you can guess what the answer to this will be.

I loved all the characters in this novel and the fact that even the “bad” guys have their redeeming features and reasons for their actions. Apart from Marc. We do not like Marc! Although separated from Liz he co-parents and is always pushing boundaries, playing the power game. Liz has cowed down to him in the past out of self salvation and to stop the violence escalating onto the children, Zac (16) and Molly (6). You can forgive her for finally snapping and her subsequent behaviour. There is also Picota who kidnapped Zac’s friend Fran when she was young causing serious mental issues as she grew up; is he really the shadowy monster to be frightened of?

When talking about Fran we must mention Lady Jinx, Fran’s imaginary friend who happens to be a fox that can also transform into a knight when she feels her friend needs protection or comfort. Fran is well aware of her own battles with mental illness and although at first wanting to up her medication to stop the terrifying hallucinations she suffers she becomes curious about her past and with help from Zac becomes brave enough to tackle her demons.

It is so difficult to say much more without being spoilery and I don’t want to do that. All the stars (and a den full of fox knights) for Someone Like Me!!