I’ve got another batch of reviews for you all today. I counted how many reviews behind I am, and my current tally is 29… TWENTY NINE. I have four of these posts to do though, so that will clear 16 books from my “to review” list! 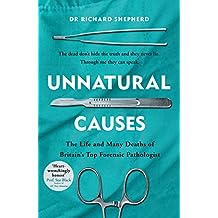 He solves the mysteries of unexplained or sudden death.

He’s a detective in his own right.

And he has one, ultimate and pressing question to answer:

How did this person die?

I love a good medical memoir, so when I spotted Unnatural Causes I was definitely interested to read it. Richard Shepherd is a forensic pathologist who has dealt with some of the UK’s biggest tragedies and this is his story.
At times it is a difficult read due to the fact that it deals with “mans inhumanity to man” as he says himself, and it is not nice to read about. His own personal journey and emotions were well written, and it is definitely an emotive read. Recommended for sure if you like medical non-fiction.

That’s Not What Happened 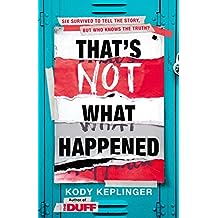 It’s been three years since the Virgil County High School Massacre. Three years since my best friend, Sarah, was killed in a bathroom stall during the mass shooting. Everyone knows Sarah’s story – that she died proclaiming her faith.

But it’s not true.

I know because I was with her when she died. I didn’t say anything then, and people got hurt because of it. Now Sarah’s parents are publishing a book about her, so this might be my last chance to set the record straight . . . but I’m not the only survivor with a story to tell about what did – and didn’t – happen that day.

Except Sarah’s martyrdom is important to a lot of people, people who don’t take kindly to what I’m trying to do. And the more I learn, the less certain I am about what’s right. I don’t know what will be worse: the guilt of staying silent or the consequences of speaking up . . .

That’s Not What Happened by Kody Keplinger

This book deals with the aftermath of a school shooting and how it has affected the survivors. It is also one girl’s quest to tell the truth about that day. It is a raw and dark look at what can happen to those affected by grief and survivors guilt. It wasn’t what I was expecting but it was still an interesting read. 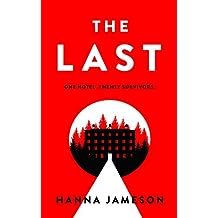 Historian Jon Keller is on a trip to Switzerland when the world ends. As the lights go out on civilisation, he wishes he had a way of knowing whether his wife, Nadia, and their two daughters are still alive. More than anything, Jon wishes he hadn’t ignored Nadia’s last message.

Twenty people remain in Jon’s hotel. Far from the nearest city and walled in by towering trees, they wait, they survive.

Then one day, the body of a young girl is found. It’s clear she has been murdered. Which means that someone in the hotel is a killer.

As paranoia descends, Jon decides to investigate. But how far is he willing to go in pursuit of justice? And what kind of justice can he hope for, when society as he knows it no longer exists?

The Last by Hanna Jameson

The Last isn’t released until early next year, but I was lucky enough to get a proof at Harrogate in July so I picked it up a couple of months ago. I ended up reading it in a couple of sittings. Dystopian fiction made even scarier by the fact that the events in this are plausible given the current political climate made this a dark and disturbing read. There are also nods to the crime/psych thriller elements that sure to please avid readers of the genres! 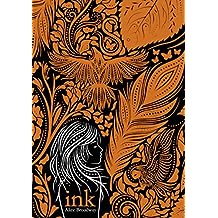 Picture a world where every significant moment is tattooed on your skin for ever. When Leora’s father dies, she knows he deserves to have all his tattoos removed and made into a Skin Book to record his good life. But when she discovers that his ink has been edited and his book is incomplete, she wonders whether knew him at all.

In need of a change of genre, Ink seemed like a good place to start. I loved the premise and I was eager to see what the author would do. There is a lot of scene-setting/world-building as it is the start of the series. I found it a little slow to get going due to this, but I would definitely read the next books in the series for sure!

That’s it for this batch of reviews, and I will hopefully have the next few up next week so make sure to look out for those! 🙂

Got these divine wax melts from @cauldron.candles and I can’t wait to get them burning, they smell amazing 🖤
Eight years ago today, I married the best man I know 🖤 @moloneykevin
I was going to post this tomorrow in the hope that I’d have finished another of the (3) books I have on the go at the moment. And then I realized that there was no point in waiting because there is not a hope of me finishing a book today 😂
#bookpost
To Kate,
Picked up #Fire and #Bitterblue by @kristincashore from @ballybanelibrary today 📚
coffeeinonehandbookintheother.wordpress.com/
A Cat, A Book, and A Cup of Tea
Varietats