I’ve got some more mini-reviews for what I’ve been reading lately!

The Next Person You Meet in Heaven 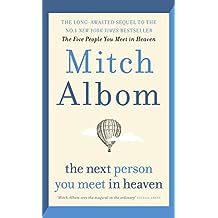 The accident that killed Eddie left an indelible mark on Annie. It took her left hand, which needed to be surgically reattached. Injured, scarred, and unable to remember why, Annie’s life is forever changed by a guilt-ravaged mother who whisks her away from the world she knew. Bullied by her peers and haunted by something she cannot recall, Annie struggles to find acceptance as she grows. When, as a young woman, she reconnects with Paulo, her childhood love, she believes she has finally found happiness.

As the novel opens, Annie is marrying Paulo. But when her wedding night day ends in an unimaginable accident, Annie finds herself on her own heavenly journey – and an inevitable reunion with Eddie, one of the five people who will show her how her life mattered in ways she could not have fathomed.

The Next Person You Meet in Heaven by Mitch Albom

I really liked The Five People You Meet in Heaven when I read it so I was eager to check this one out. And while it was still a nice read, I found it to be less enchanting than the first one. I think I just wanted more Eddie because he was such a pillar in the first book. That being said, Annie’s story is still a good read, and I liked how it was all interwoven. I think if you loved the first book, you’d enjoy this one!

Anthony Davis and his partner Chaz are the only real people in a city of 20 million, sent there by court order to find out what happened in the real world 10 days ago so that hidden evidence can be brought to light and located in the real city today.
Within the re-created Snapshot of May 1st, Davis and Chaz are the ultimate authorities. Flashing their badges will get them past any obstruction and overrule any civil right of the dupes around them. But the crimes the detectives are sent to investigate seem like drudgery – until they stumble upon the grisly results of a mass killing that the precinct headquarters orders them not to investigate. That’s one order they have to refuse.
The hunt is on. And though the dupes in the replica city have no future once the Snapshot is turned off, that doesn’t mean that both Davis and Chaz will walk out of it alive tonight.

I found the premise of Snapshot really clever, but I felt like I never got into it  properly. I liked the idea, and its a short book, but it fell a little flat for me. I really wanted to enjoy it, especially as I had never read any of Sanderson’s work before. But I think I’ll be sticking to the sci-fi/fantasy side of his stuff.

Harry Potter and the Philosopher’s Stone 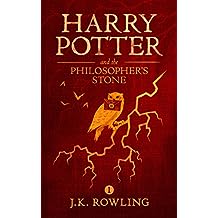 Harry Potter has never even heard of Hogwarts when the letters start dropping on the doormat at number four, Privet Drive. Addressed in green ink on yellowish parchment with a purple seal, they are swiftly confiscated by his grisly aunt and uncle. Then, on Harry’s eleventh birthday, a great beetle-eyed giant of a man called Rubeus Hagrid bursts in with some astonishing news: Harry Potter is a wizard, and he has a place at Hogwarts School of Witchcraft and Wizardry. An incredible adventure is about to begin!

Harry Potter and the Philosopher’s Stone by J. K. Rowling

I decided to start re-reading this series because I haven’t read them since they came out, and I wanted a little comfort reading. I can honestly say I loved this as much now, as I did when I read it the first time. It is magical, heartwarming and a really great start to the series. I love it as much now, and I can’t wait to read all of the others! 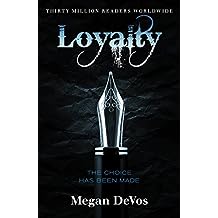 Don’t look back. That’s where the danger lies.

With Grace left reeling from choosing between Hayden and her family, she knows she needs to accept her decision.

Meanwhile as the youngest leader of Blackwing, Hayden is coping with the demands placed on him to keep the camp alive. Can he protect his friends from their violent rivals? And should he trust himself to do the right thing?

Demand loyalty. Protect your family. Trust no one.

I am loving this series. It has so much action, and I love the relationship that is developing between Grace and Hayden. There is a lot of “sexy-tension” (thanks to Ellen, this phrase will always make me laugh!), and in a way, it reminds me of Bella and Edward in Twilight! There is so much more going on than that obviously, but I enjoy watching their dynamic changing as the series progresses. I am eager to read the next book in the series as I find I CANNOT put these books down when I start them!